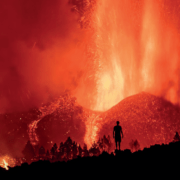 A volcanic eruption occurred at 3.30 pm on Sunday 19th September on the Canary Island of La Palma. No one was hurt; every person who could be affected has been evacuated and the eruption poses absolutely no danger for anyone on any of the other Canary Islands. 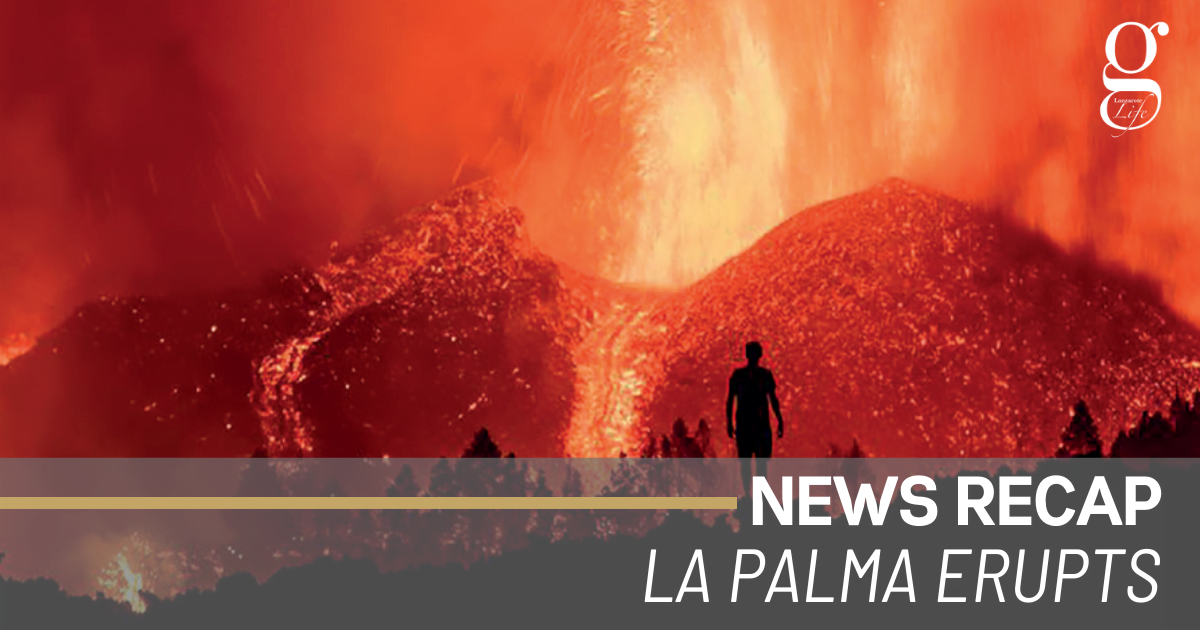 After weeks of intensifying tremors and earthquakes, the earth opened on the afternoon of Sunday 19th September in a beautiful pine-wooded hillside in the sparsely populated area of Cabeza de Vaca on Montaña Rajada, belching out lava, ash and smoke and creating an incredibly loud roar described as “breathtaking” by onlookers.

Two fissures about 200 metres apart opened up and eight outlets of lava were detected in the 12 hours after the eruption. At the time of writing, the lava flow has a temperature of over 1,000 degrees centigrade and is descending the hill towards the sea at a speed of 700 metres per hour. This river of molten rock has already affected over 80 properties, and 5,000 people were safely evacuated from the area well before the eruption commenced.

As night fell, the red-hot lava flow glowed in the darkness as it oozed inexorably towards the sea, creating startling images that have not been seen on the Canaries since the Volcano of Teneguía erupted further south in La Palma almost exactly 50 years ago.

Mariano Hernández, President of La Palma’s Cabildo, said he was pleased to report that there had been no human loss in the eruption, but recognised that material losses had been considerable: “Between 80 and 100 homes have been affected by unstoppable lava flows of up to 6 metres in height,” Hernández reported.

Spanish President Pedro Sánchez cancelled a flight to New York to travel to La Palma to offer support to the islanders yesterday, and assured La Palma that, once the eruptions finished, material losses would be recovered “as soon as possible.” Loss by volcanoes is classed as an uninsurable “Act of God” by most insurance policies, and Sánchez’s words may hint at the establishment of a special government compensation fund.

The lava continues to make its way towards the sea this morning, and experts have absolutely no way of predicting when the eruption will stop, or whether it will increase in size. However, so far it has fitted the pattern of an “effusive” eruption perfectly, with no violent explosions and easily avoidable lava flows.

The area of the eruption is located on Cumbre Vieja, the massive volcanic ridge that was the subject of a sensational BBC documentary 20 years ago. The documentary predicted that Cumbre Vieja could collapse into the Atlantic Ocean, causing a massive tidal wave that might destroy the eastern American seaboard.

However, the theory has been widely challenged by other volcanic experts, and there appears to be absolutely no danger of any such collapse during the current eruption.

The lava has now reached the sea and La Palma residents that live close to the area have been asked to stay indoors to avoid inhaling gases.

Additionally, a total of 1005 buildings (870 destroyed, 135 possibly damaged) have been affected by the eruption and a total of 30.2km of roads have been destroyed.