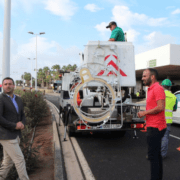 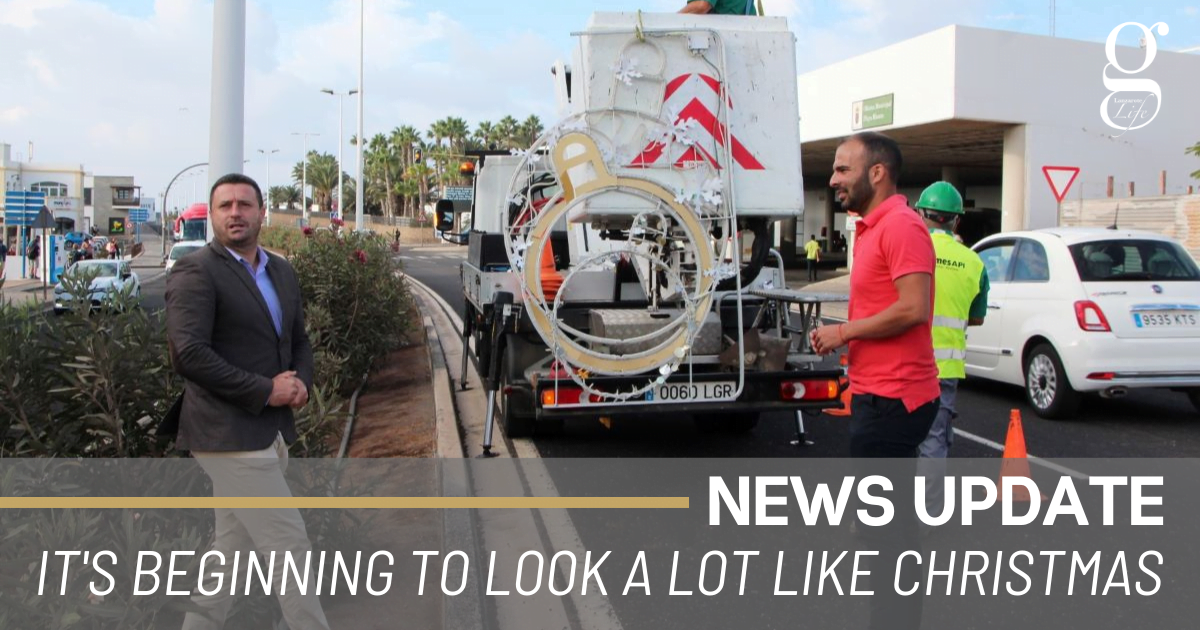 Playa Blanca started its festive facelift today, with lights being installed atop of street lights leading into Playa Blanca and along the main road that passes the bus station.

Yaiza Mayor, Óscar Noda, emphasised the importance of Christmas and Three Kings. “The most important thing about Christmas is the shared feeling of togetherness between families and friends. We want to bring that same festive cheer to Playa Blanca, especially after the hard times that we have all experiences during the pandemic”

Christmas preparation has already begun in Playa Blanca, with lights being installed and the annual Belén Nativity scene being planned. Other Ayuntamiento’s have already began decorating, or are sure to follow suit soon; the Tías Belén has already been started.

Belénes are one of the highlights of Christmas in Spain. The Nativity scenes come in all sorts of different shapes and sizes from town to town.

Last year we visited the majority of the Belénes that Lanzarote has to offer, with each one of them being completely different to the last.

Tinajo didn’t feature a Belén in 2020 but they more than made up for it by hosting a spectacular lights display at the main roundabout leading into the town. Which featured Santa and his helpers in a large hot air balloon.

Airport updates
Beginning of the end?