An ecologist and researcher has denounced the excavation of sand from the Jable desert region of Lanzarote. 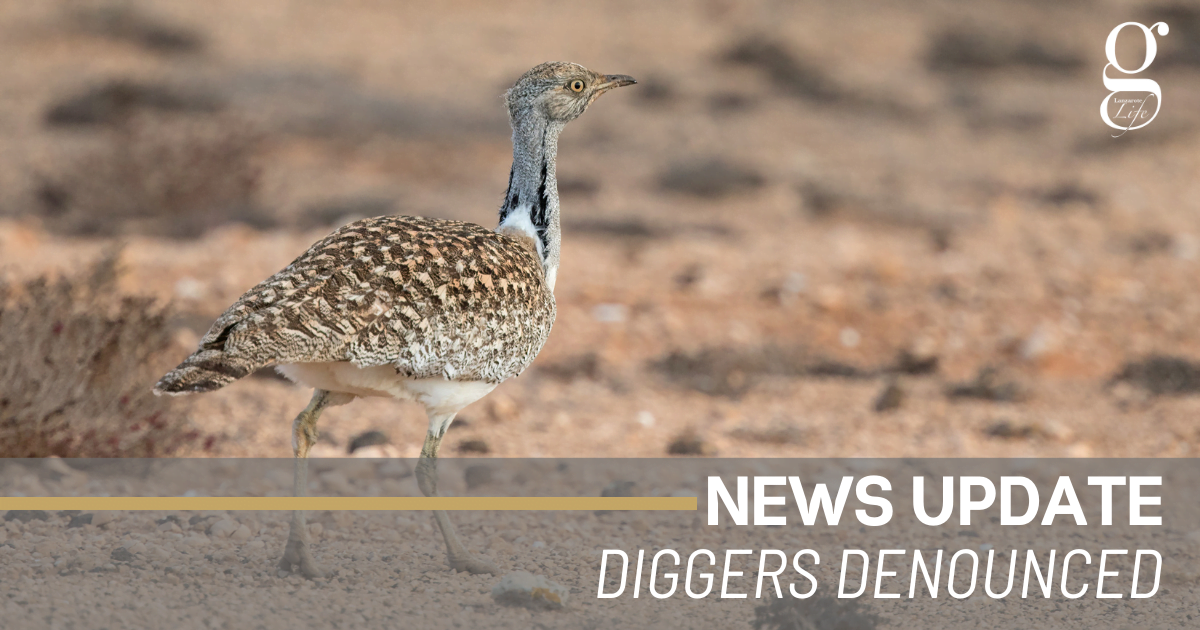 Alberto Ucero, a researcher for Spain’s Upper Council of Scientific Investigation, made a video in January showing footage of diggers loading up lorries with tons of sand for use in construction projects. The video was taken near the village of Munique, in an area designated as a protection zone for birds such as the Hubara bustard and the Cream-coloured courser, and it has recently reived several thousand views on social media.

Ucero asks “Is this practice illegal on Lanzarote?” and reminds viewers that construction companies have already been denounced to the Guardia Civil for illegal excavation of sand.

The area is also of geological interest, and the shifting dunes of the Jable form part of a sandy corridor that eventually provides the sand for Lanzarote’s southern coast. Ucero claims that the excavations are causing irreparable damage to the geological strata as well as to ecosystems in the area.

He also shows that the resulting quarries are being used for fly-tipping as well as illegal motor rallies with cars, quad bikes and motorcycles.

The video ends with an appeal to Lanzarote and Canarian politicians to do something to prevent this attack on the environment. Ucero’s group, Frente de Lanzarote, is preparing a report on the legality of the excavations and has contacted Teguise Ayuntamiento, The Cabildo and the Canarian Government.

The report comes just three weeks after a demonstration in support of José Miguel Frahija, who claimed a local businessman deliberately knocked him over with his car after he had denounced him for illegal excavation of picón in the La Geria region.

Passing the test
On the frontline