Dr. Laura Callero has had an eventful year. Tías’s Health Councillor is also a frontline medic at Arrecife’s Dr. José Molina Orosa Hospital, and hit the headlines last March as the third case of coronavirus on the island (which later proved to be a false alarm). We spoke to her last month. 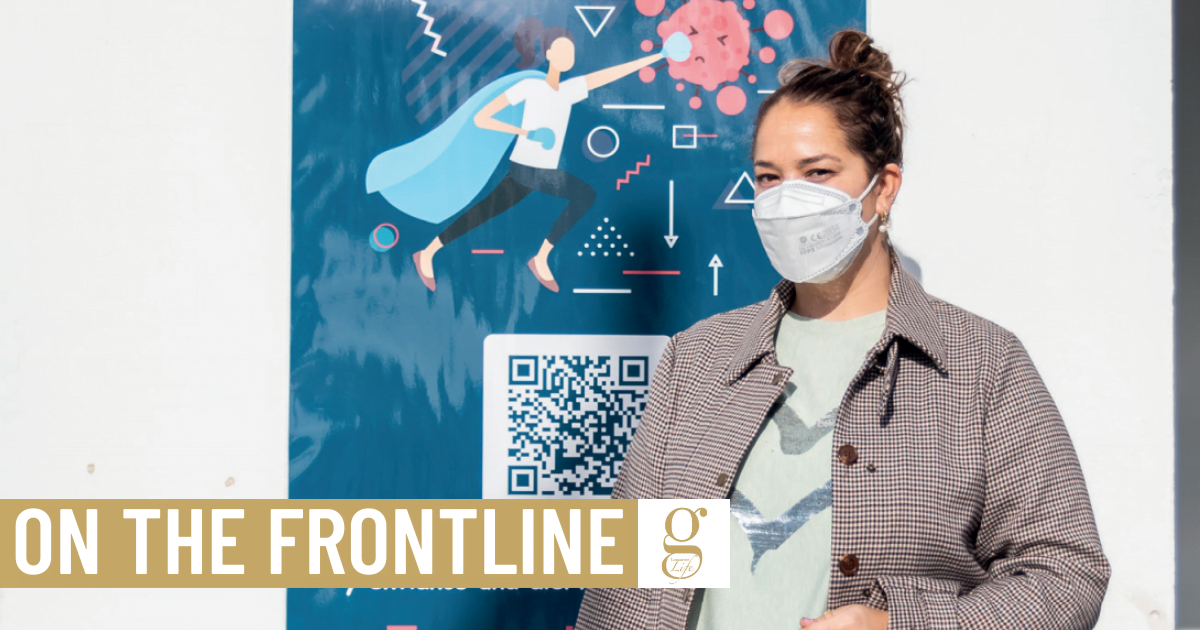 Laura, how has Tías handled the third wave of the coronavirus?

Well we’ve had problems. For much of the time we have been the municipality most affected by the third wave, followed by Arrecife. For that reason, we had to tighten up the protocols a bit more, informing people via social media about prevention measures, and increasing vigilance measures.

The Guardian Covid app was a part of that?

Yes. The Guardian Covid app allowed residents to inform the authorities of breaches in the rules anonymously, meaning that there would be no fear of reprisals. It’s not a denuncia. It was controversial – we were accused of getting the public to do the job of the local police, but that absolutely was not the intention. It was a way that all of us could help each other to overcome this situation.

What was the main cause of the third wave?

I think it’s clear now that family reunions and get-togethers at Christmas were the cause of many of the infections. Until Christmas we’d been doing very well.

As a frontline health worker, what has the experience of the third wave been like?

There are good days and bad days, but mostly it’s been very busy, with many patients arriving, beds and wards having to be reorganised and staff having to constantly get dressed in protective gear, do assessments, take off the protective gear again, and all this several times a day.

That’s tiring, but there’s also another type of weariness that results from the fact that we’ve been dealing with this disease for over a year now, and the way the third wave hit Lanzarote so hard. Us health workers have made so many sacrifices, avoiding family, staying in instead of going out, and yet we have to deal with the consequences of those who still treat all of this as a joke or claim that we’re inventing it.

We’re people, too. We’d love to have a drink with friends or see older family members. But instead we just carry on, with a smile.

What was it like being one of the first cases on the island?

It was crazy. I often get allergies in early spring, and on Tuesday the 10th of March I woke up with a runny nose. I was tested, and the test came back positive on the day before lockdown started. I was worried because I’d been in touch with patients, and I immediately went into isolation while a second test sample was sent to Madrid. I felt fine, to be honest, with no fever or tiredness, and I was certainly kept entertained by all the phone calls I received. 48 hours later the news came from Madrid that the second test was negative.

How is the vaccine programme commencing in Tías?

We’re going well. We should finish the over-70s next week (this interview took place on March 3rd) and the over 80s and extremely dependent people have all received a first dose and will be receiving their second dose from next week, too. After that will come the over-60s, over-50s and those with special risks.

We had a little dilemma with those heavily dependent people who live at home, because they usually have carers who aren’t included in that group. As a result, we’ve decided to establish who those carers are and offer them a first jab as we administer the second jab to the person they care for.

What about foreign residents who aren’t registered?

We’ve decided yesterday that any foreign resident who isn’t registered can go to the health centre in Tías or Puerto del Carmen and give their details. They will then be contacted to come in and receive the vaccine at some point, depending on the age group they are in.

The vaccines arrive on a daily basis, and amounts vary, so there’s a lot of work involved in calling people to come in.

Do you have a message for foreign residents in Tías and Lanzarote?

It’s the same message as for everyone – health and safety is everyone’s responsibility, and we should protect ourselves in order to protect everybody. Don’t drop your guard and, of course, follow the recommendations. At the hospital we use the word DIMAMA a lot – Di for Distancing, Ma for Masks and the second Ma is for Manos (hands).