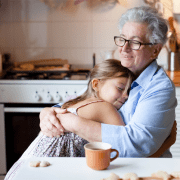 Spain’s Association of Grandparents has issued an emotional open letter to the country’s grandchildren, in an attempt to raise consciousness about the risks of coronavirus.

Abuespa, the Spanish Association of Grandfathers and Grandmothers, recently issued the letter which has gone viral. “Dear grandchildren,” it begins, “Apologies for addressing you as grandchildren even though you aren’t our family members, but we grandparents somehow feel that we are the grandparents of all those young people who are the same age as our real family.”

“Grandparents are like the human heart,”  the letter continues “ If the heart stops, everybody realises it, but nobody thinks about the fact that they have a heart every day. It’s the same with grandparents.”

The letter then gets serious, saying that at least 18,000 grandparents have lost their lives to coronavirus. “Now,” it continues “they tell us that infections are occurring because people are not complying with the rules they have given us, and that the greatest incidence is taking place among young people between 16 and 24 years old,: that is, among you. The virus may put you in hospital for four days, and then you’ll go home, but probably before your admission to the hospital you have passed the virus to your grandparent or to grandparents of friends or neighbours.”

“Grandparents may also spend days in hospital, but the difference is that when they leave they often don’t return home,” the letter continues.

“We are the generation that made everything,” the letter concludes. “The school you go to, the hospital where you were born, the water you drink, the food you eat: it has all been created with our effort and our money. Your success will be our success; your triumph our triumph and that’s why we have done all this. While we remain in the world we’ll continue to do everything in our power so that you can live better lives and be as happy as you can be.”

The letter reflects the central role that grandparents still play in Spanish life. It is still far more common to find three generations living under the same roof in Spain than it is in several other European countries, and the role that grandparents play in childcare is still vital in a country where state childcare has been seriously neglected.

Older Spaniards also enjoy active social lives, and the British idea of “shielding”, which urges older and more vulnerable people to stay indoors and avoid human contact, was never considered here.  Care homes were closed down to protect the most vulnerable elements of society, but old people observed the lockdown along with everybody else, and were allowed out when everybody else was, with special time-slots established for exercise and shopping.