Comments by Arrecife’s tourist councillor have raised questions about the Level 3 rules which Lanzarote is currently experiencing, with the closure of the island turning out to be far less strict than it appears at first sight, and mixed messages on what constitutes gatherings. 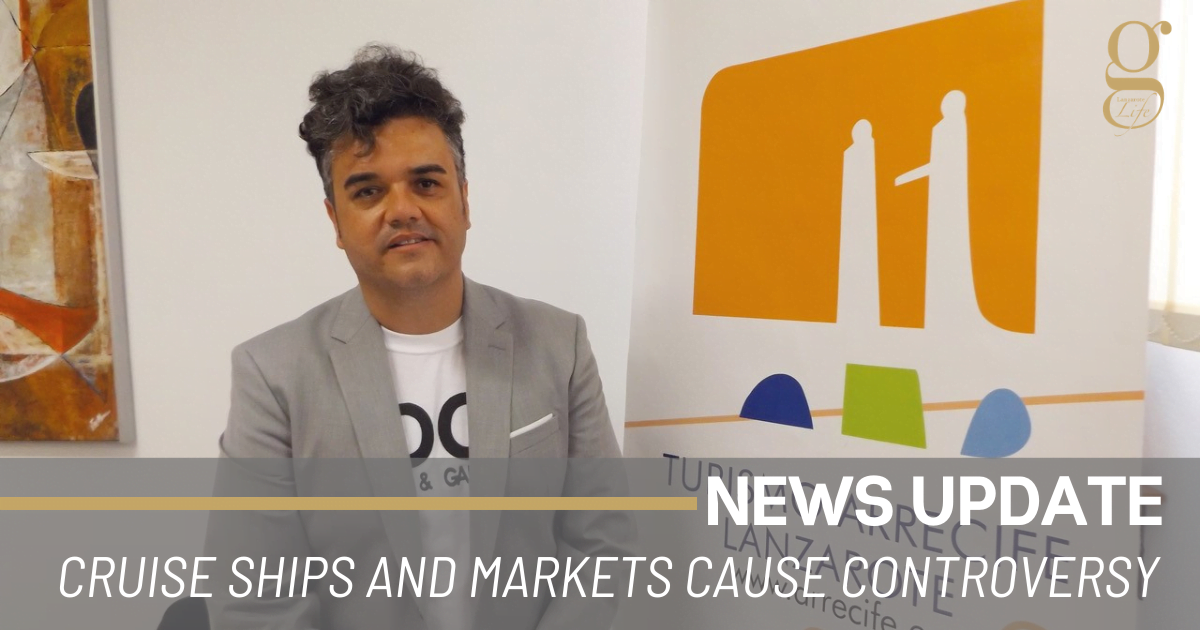 On Sunday, the TUI cruiser Mein Schiff docked at Arrecife, with several cruise parties heading into Arrecife or taking cycle tours around the area. Cruise tourists are required to supply negative test results before boarding, and the crew, who are regularly tested, are forbidden to go ashore.

In a radio interview, Santana said “This ship should not be here and no one should be going ashore from it. The rules say that entry to and exit from the island is banned, except for justified reasons.” Santana pointed out that he had seen several people cycling together without masks, although only individual exercise is currently permitted.

Santana is in charge of tourism for Arrecife, but has no influence over arrivals at the ports, ands he has called for the authorities in charge to address the matter immediately.

However, the Canarian Government has confirmed that tourists are exempted from the entry and exit rules, as are arrivals from mainland Spain and family members travelling between islands. The ban on exit and entry appears only to apply to Canarian residents travelling for leisure purposes.

This could perhaps be justified by the fact that inter-island travel does not require tests, while tourists and mainland visitors must all submit to tests. But it is also evident that the Canarian legislation is deeply unclear, with no mention made of many of the exceptions to the rules. .

Santana also criticised the Mayor of Tinajo, Jesús Machín, for keeping the open air Sunday market at Mancha Blanca open while other Ayuntamientos have closed their markets during the Level 3 phase.

Accusing Machín of “cheap populism”, Santana said “You occupy a position of responsibility, and that means being responsible.” Santana pointed out that Lanzarote’s health area had stressed the importance of avoiding gatherings of more than four people. “Even a child understands that,” he said.

However, market traders have quite justifiably asked why markets should close when supermarkets and food shops, which are indoors and often operate fewer Covid checks than open-air markets, should be allowed to remain open . If a market is classed a gathering, they ask, why should a shop not be?

Further explanation for Santana’s comments may lie in the fact that he is also Lanzarote’s co-ordinator for Nueva Canarias (NC), a left-leaning nationalist party who are coalition partners of the socialists in the Canarian Government. NC have distinguished themselves from other parties with a consistently hard line on Covid measures, demanding the most rigorous restrictions from the very start of the pandemic.

Make friends and discover Lanzarote on a bike!
Lanzarote holds its breath

Betancort demands a response to migrant crisis
Scroll to top