The arrival of five pateras (fishing boats) containing 130 migrants over the last few days has caused Oswaldo Betancort, the Mayor of Teguise and Deputy in the Canarian parliament, to demand an “honest assessment” of the situation from the Canarian Government. 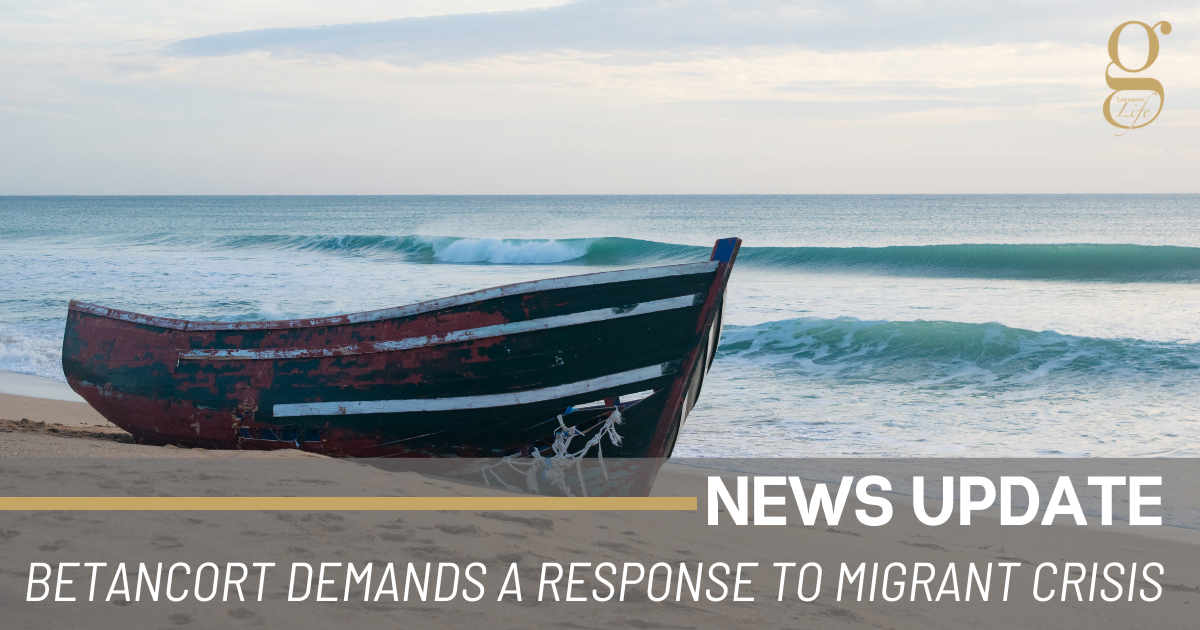 The boats, each carrying between 25 to 30 people, and including several women and children, landed or were escorted ahsore in La Santa, Orzola Punta Mujeres and Arrecife. A sixth patera carrying just two migrants was detected off the coast of Arrecife this morning.

All boats set out from the Moroccan or Saharan coast from three to five days previously, and it is thought that the recent spell of good weather has led to the increased activity.

Betancort has asked the Canarian Security Council to produce detailed information on the migration situation on the islands, commencing with an assessment of the SIVE early warning system for detecting boats. The system has missed several pateras in the last years.

Betancort also requested information about the system of identifying migrants and the bone-analysis techniques that are used to determine their age; and demanded explanations as to why centres used for accommodating minors did not have sufficient staffing levels.

He pointed out that there were currently 74 minors currently being held in the Albergue in la Santa, Tinajo, “without any kind of supervision since the Canarian police stopped this service in December.”

Betancort said that, if the Canarian Government did not have the capacity or powers to address the situation, it should take the matter up once again with the national government in Madrid.

The revival of the migrant routes is likely to cause new friction between the Canarian government and the national government, which resulted in some extremely bad-tempered meetings last year when the Spanish Minister in charge, José Luis Escriva, visited the islands.

The Calima returns
Cruise ships and markets cause controversy

Level 4 for Lanzarote
Scroll to top