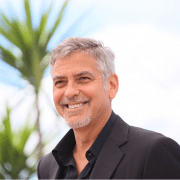 Clooney plays an astronomer in the film, and it’s been confirmed that he’ll be filming at the spectacular Roque de los Muchachos observatory, located on the highest point of La Isla Bonita.

It seems that the Canaries are proving more and more popular, in the filming world. With the marvel film, “The Eternals”, being filmed between Lanzarote and Fuertaventura recently.

No doubt we’ll all be watching both films to see if we can spot the Canaries.

Over the years, the Canaries have proved a popular spot for directors. Films such as Cold Skin, Moby Dick, Fast & Furious 6 and most notably One Million Years B.C.

What’s On in Lanzarote in November
Canarian Tax Changes