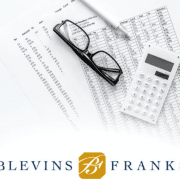 While the Spanish state budget for 2020 is still pending, the local government in the Canary Islands has approved its regional budget for 2020. This includes changes to income tax and succession and gift tax (inheritance tax), which are applicable from 1st January 2020.

The personal income tax rates for general income are a combination of regional and state rates. Last year, the top regional rate in the Canaries was 22.5% but two new brackets have been introduced for 2020: 25% for income over €90,000 and 26% for income over €120,000.

When you add the state income tax rates, the top rate for Canary Isles taxpayers could be around 48.5%. The state rates will be confirmed once the new Spanish coalition government has finalised its 2020 budget, hopefully around summertime.

The biggest changes approved in the 2020 Canary Islands budget affect the succession and gift tax rules. Last year, the 99.9% relief for SSGT was extended to include Group III beneficiaries, but now this relief has been scaled back and these are the new applicable rules:

Group I beneficiaries (descendants under 21) – The 99.9% relief remains applicable for both inheritance and lifetime gifts.

Group II beneficiaries (descendants over 21, ascendants, spouses) – The first €55,000 of tax due (i.e. after applying the tax rates and multipliers) always benefits from a 99.9% relief, for both inheritances and lifetime gifts. Any excess over €55,000 gets a variable relief depending on the calculated tax due.

Group III beneficiaries (e.g. siblings, cousins, nieces/nephews; in-laws and stepchildren can also fall in this group) – The same threshold and reliefs as Group II as outlined above but, in this case, it only applies to inheritances, not gifts.

While this SSGT reform could be disappointing, it may not affect your family. For example, we received a query from clients Mr & Mrs X concerned about the SSGT consequences for them under these new regional rules. Their main residence in the Canaries (Spain) is worth €330,000, they have a suitable investment bond held outside Spain valued at €460,000 and €5,500 in the bank in Spain.

Once you deduct the main home allowance (99%, provided it is kept for five years, maximum €200,000) and the personal reduction (€40,000 for Group II beneficiaries), the total tax due is approximately €33,000. With no multipliers needed here, this falls below the €55,000 threshold so the 99.9% relief applies as it did before. The survivor’s estimated tax bill is around €30.

(All assets are jointly owned, and values include the 3% household items assumption. Figures have been rounded up).

Although the SSGT tax allowances have been scaled back in the region, they continue to offer considerable tax savings for most beneficiaries compared to the pre-2016 Canarian tax rates.

It is important to take steps to reduce or completely avoid succession and gift tax if there is indeed a liability in Spain – and also in the UK. With personalised, specialist advice there are steps you can take to make Spain a tax-efficient place to live, and to set up effective estate planning to make life easier and less costly for your heirs.

For bespoke advice on your situation talk to Paul Montague, Blevins Franks adviser for the Canary Isles. www.blevinsfranks.com Find out more on +34 928 433 411 or email, canaryisles@blevinsfranks.com

The tax rates, scope and reliefs may change. Any statements concerning taxation are based upon our understanding of current taxation laws and practices which are subject to change. Tax information has been summarised; an individual is advised to seek personalised advice.

Blevins Franks Financial Management Limited(BFFM) is authorised and regulated by the Financial Conduct Authority in the UK, reference number 179731. Where advice is provided outside the UK, via the Insurance Distribution Directive or the Markets in Financial Instruments Directive II, the applicable regulatory system differs in some respects from that of the UK. Blevins Franks Trustees Limited is authorised and regulated by the Malta Financial Services Authority for the administration of trusts and companies. Blevins Franks Tax Limited provides taxation advice; its advisers are fully qualified tax specialists. This promotion has been approved and issued by BFFM.

Clooney Arrives on the Canaries
Scroll to top