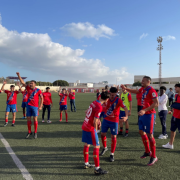 From the 19th march the Rojillos (the reds) have eight matches remaining and are sitting in seventh place, three points behind the last playoff position (5th) having played one more. Ian Lane gives us the run down on a challenging climax to the season. 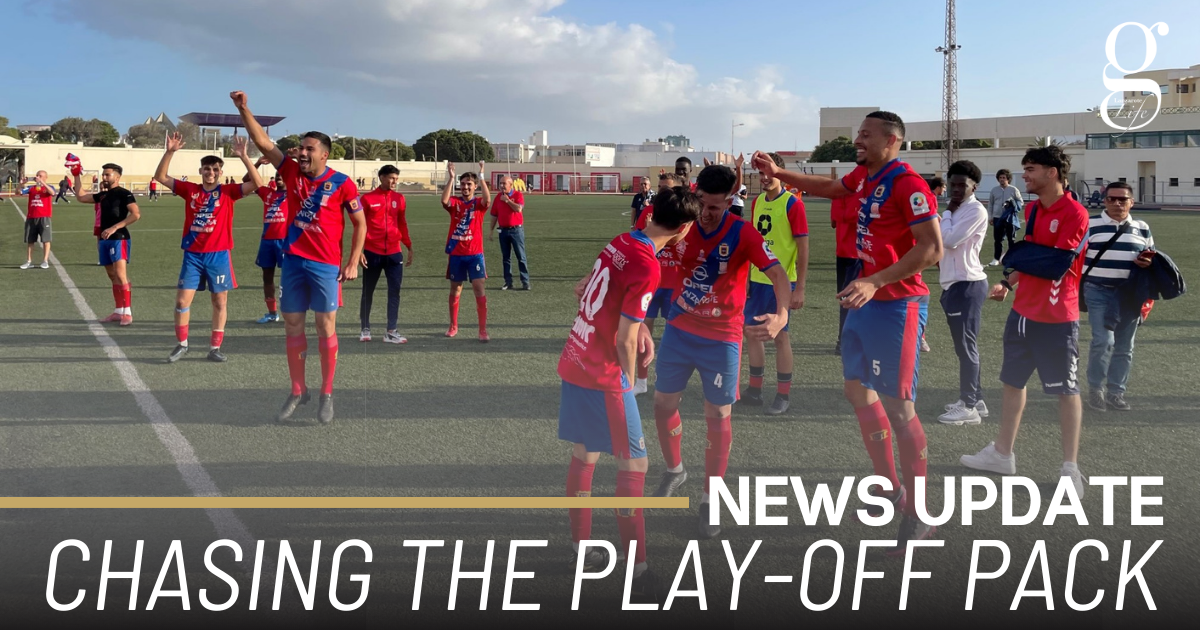 Lanzarote have the best defensive record in the Tercera División (Fourth Tier), but their huge problem has been scoring goals. The only two teams that have scored fewer are propping up the league table.

The management brought in reinforcements in the January window, but a whole host of injuries and suspensions has forced the club to field players from the B team and junior ranks. In the goalless draw at home on the 13th March against playoff rivals CD Herbania, the club only had three fit players available to sit on the bench.

To rub salt into the wound, strikers Traoré and Alyson should have been eased gently back into the squad after two-month injuries, but with nobody else available Traoré played in the starting XI and Alyson was on the bench. 35 minutes into the match and Traoré limped off to be replaced by the Brazilian Alyson. The 19-year old lasted just 15 minutes of playing time before he needed to be subbed. Even his replacement, youngster Rubén Martín, didn’t last the remainder of the match.

UD Lanzarote has had to register more players from the B and junior sides to field a team for the forthcoming match on Saturday 19th March against CF Unión Viera in Gran Canaria. Despite all this, there is still hope for a playoff finish, even though there are six teams, many of which have games in hand on Lanzarote, that are fighting for that final opportunity for promotion to Segunda B (Third Tier).

One of those clubs is fellow island side U.S. Yaiza, who went on a great five-match winning run and into the playoff positions but then suffered three defeats on the bounce and have dropped to 9th place, though they do have games in hand. Incredibly, they are the only club that has not drawn a match during the whole season. They have played 22, won 11 and lost 11. One of those defeats for Yaiza was a 0-2 loss in the derby match versus Lanzarote on the 5th March.

Lanzarote´s last league match of the season is at home and is scheduled for the 24th April though the league will finish one week later and the playoffs will begin in May.

To watch a home match simply turn up and pay at the door (do check kick off confirmation on Facebook page or website, details below). It is advisable to bring water with you because unfortunately the club is still not allowed to sell refreshments inside the stadium.

Go to Lanzarote Football Club (Facebook page) or www.mercancialanzarote.com for info, season ticket & membership details etc. All shirts and other merchandise can be bought at the Teguise market stall on Sundays; online at www.mercancialanzarote.com/shop/ or at the shop in Costa Teguise which is based at Centro Comercial Nautical, local 25 (up from Decades bar and behind Café Bonjour). The shop is open Mon to Fri 10am to 1pm.