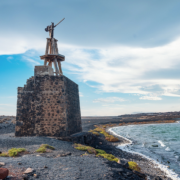 The windmills at the Salinas de Janubio are undergoing a facelift which will put them at the forefront of tourist activity in this unique Lanzarote landscape. 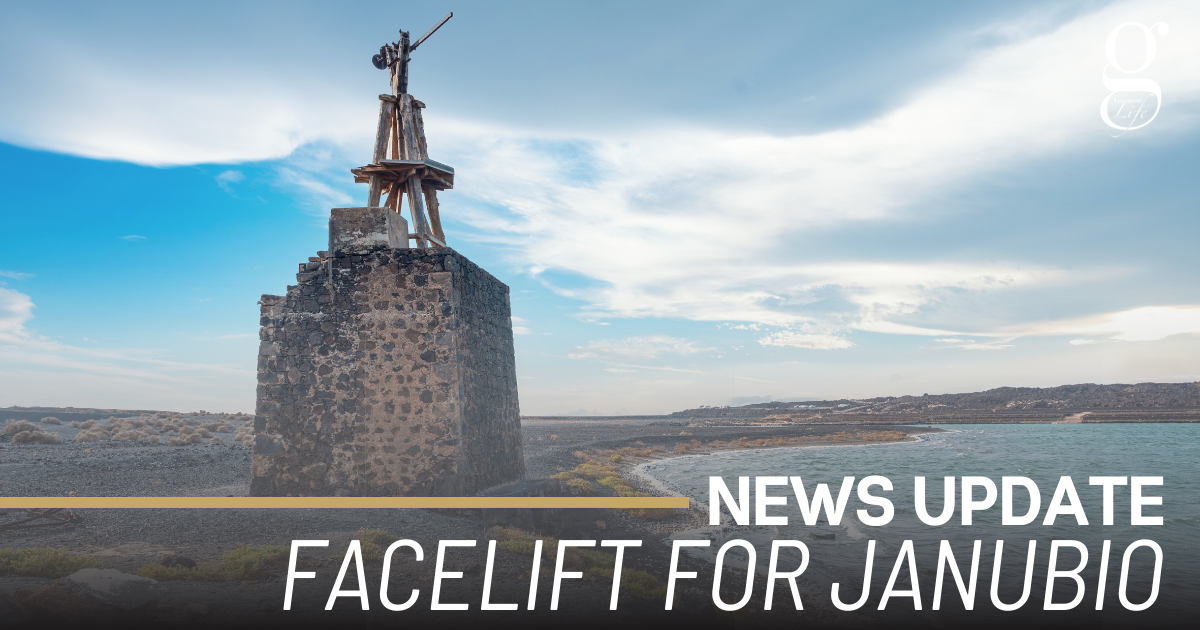 The Salinas de Janubio are the largest saltworks on the Canaries, and the patchwork of square salt pans, that can vary in colour from white to light tan to vivid pink, has served as a landmark for millions of visitors to Playa Blanca, and a subject for countless photographers.

Although the salinas are still in use and produce coarse sea salt that is available cheaply in all local supermarkets as well as gourmet products, the windmills are no longer used to pump water from the lagoon to the salt pans, and the wooden structures that are mounted on stone bases have long fallen into disrepair.

The mills were first built in the early 20th century, when salt for preserving foodstuffs was one of Lanzarote’s most important products. Production nowadays is around a tenth of what it was at the salina’s heyday, but Salinas de Janubio are diversifying into gourmet products such as flavoured salts and flor de sal, as well as tourist activities such as guided tours of the salinas. A visitor’s centre is also planned.

The restoration of the mills is an impressive project that requires the collaboration of carpenters, stonemasons, and architects from Lanzarote. Restorers are replacing stones and mortar that have been degraded in the century since the mills were built, and more resistant materials are being used to protect the structures.

The steel and wood mill structures that top the stone bases will be the last to be renovated, and the blades for the mills have already been constructed by Cepal, who are in charge of the metal elements of the restoration.

Carlos Padrón, of Salinas de Janubio, says that the windmills will be in a perfectly functioning state once they are completed, although they probably won’t actually be used for salt production.

Reflections on white
Scroll to top