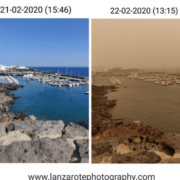 The Canarian Government has issued a yellow weather warning for calimas and high winds for  today and tomorrow,  as the islands see easterly winds from the Sahara desert. 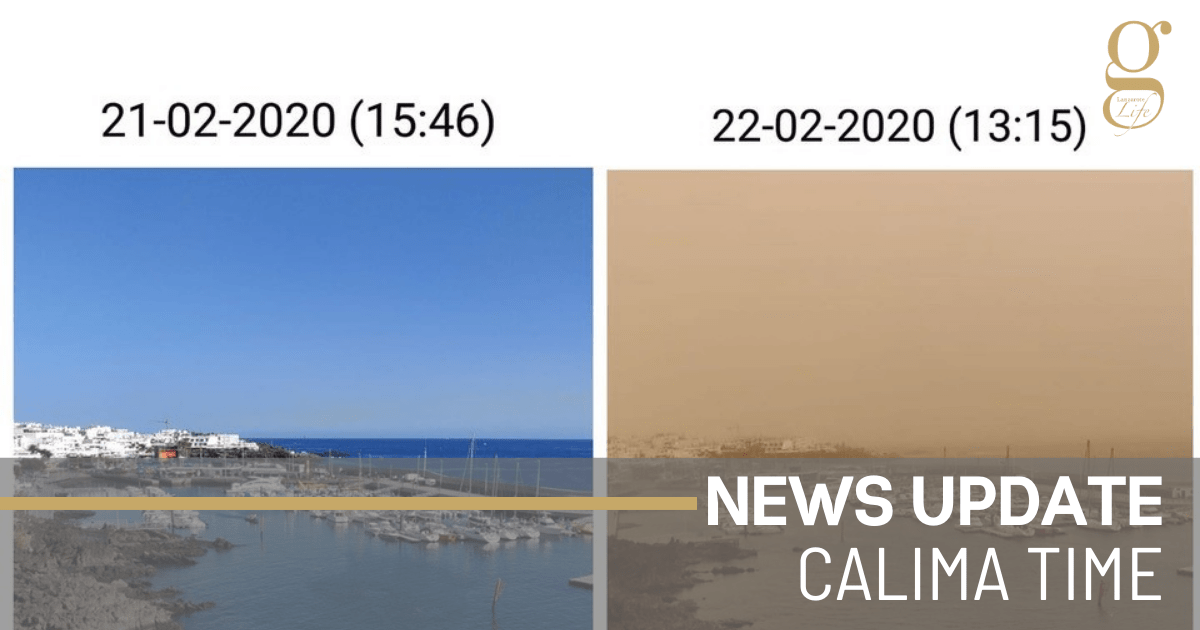 Temperatures could reach 25 degrees as the warm air arrives from Africa, and the wind is likely to be strong, with gusts reaching 60 kmh.

The calima, which will move over Lanzarote in the afternoon,  will also bring airborne dust, which may reduce visibility, although the extent of this has not yet been ascertained.

The likelihood is that this calima will not be anywhere as intense as the epic dust storm of February last year, which turned the sky brown for days . Last year’s calima was the worst for several years, depositing an estimated 21,000 tonnes of sand and dust on the island and causing the cancellation of scores of flights.

Those with breathing difficulties are advised to remain indoors with the windows closed during a calima. However, last year’s calima has been scientifically proven  to have reduced the incidence of coronavirus on the islands by creating a brief lockdown of its own – the conditions were so bad that many people remained indoors, and some carnival celebrations were cancelled