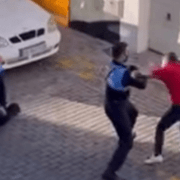 The Ayuntamiento of Arrecife is waiting for an official report from the Chief of Local Police before deciding on the future of two Local Police officers who can be seen punching suspects in a video that rapidly went viral on Sunday. 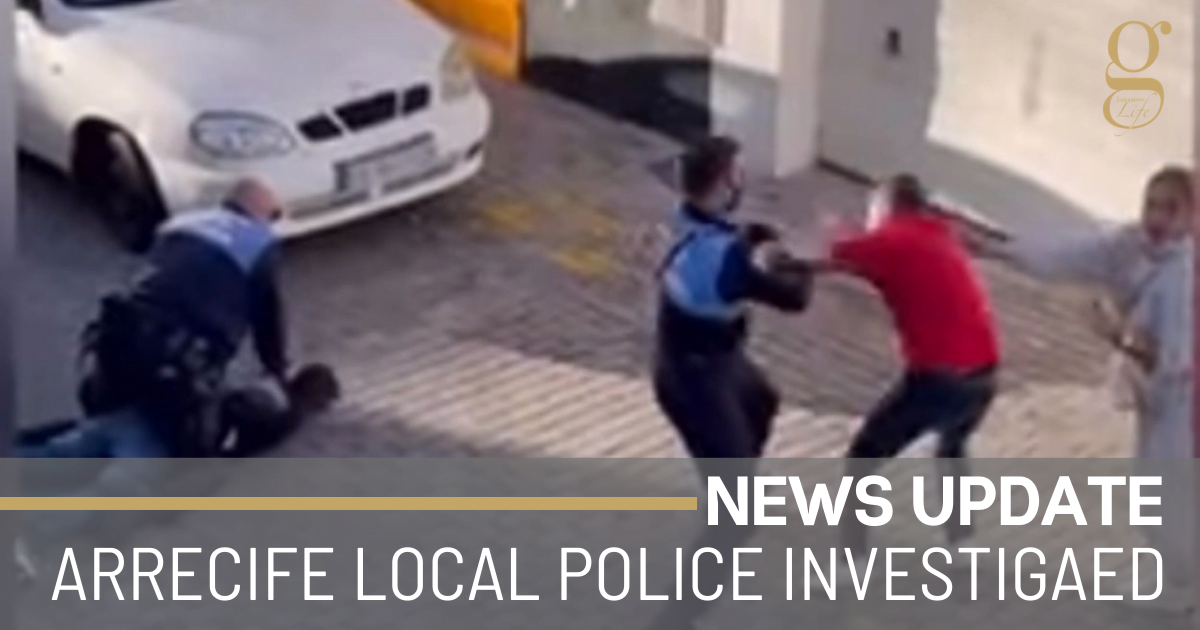 The video shows two policemen arresting a man who is lying on the ground, while another man in red and a woman who is filming the event on a mobile phone look on, shouting at the officers. Suddenly, one officer slaps the phone out of the woman’s hand, and a scuffle starts between him and the man in red, who is punched several times before being wrestled to the floor. The woman then attempts to attack the police officer, tripping over the man on the floor, and is pushed back by the policeman. The second policeman then leaves the suspect being arrested and punches the man in red in the face, knocking him cold.

In another video of the incident, neighbours can be heard exclaiming in horror at the events, with one shouting “Abuse of power!”

Police claim that the group of three had been drinking in a bar with others  near the Cabildo and ignoring Level 4 rules that limit gatherings to 4 people. The three, who were not wearing facemasks,  left in a car, ignoring the police’s order to halt, and a chase occurred, ending up in a street in central Arrecife where the incident that was filmed took place.

The man in red was later treated for head wounds at the Dr José Molina Oroso Hospital in Arrecife, and arrested later.

Arrecife Mayor Astrid Pérez held an emergency meeting on Monday morning to establish what has occurred (local police forces in Spain are the council’s responsibility) and is awaiting a report in which the chief of the local police will decide whether the officers were acting “disproportionately”.

The video can be seen below.

Make friends and discover Lanzarote on a bike!
Virtual carnival

A shot in the arm
Scroll to top