A new project aims to bring together animal welfare groups, conservationists and the general population in order to tackle the enduring problem of feral cats on Lanzarote and La Graciosa. We met Carmen Portela, of Lanzarote’s Desert Watch association, Emma Clifford of the Animal Balance organisation and Dr. John Boone, Research Director of the Great Basin Bird Observatory in Reno, NV, USA, and consultant to Humane Society of the United States. 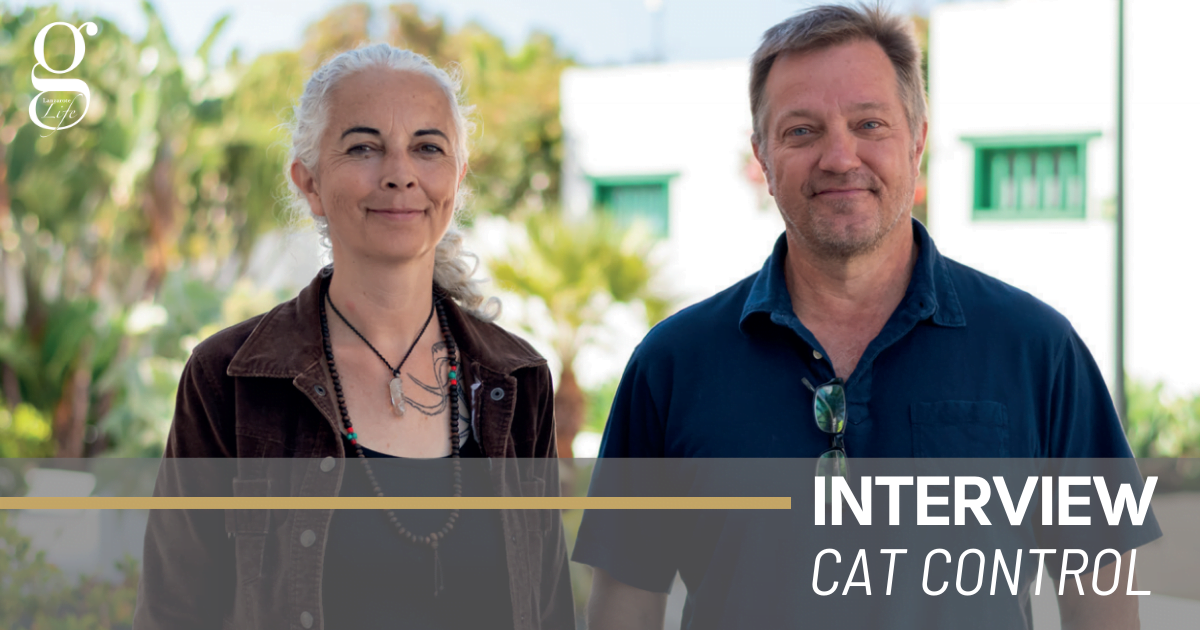 Carmen invited Emma and John to Lanzarote to launch an exciting new approach that aims to tackle the problem of feral cat populations on Lanzarote effectively and, above all, humanely. Last month a conference titled “Reconcilable Differences” was held in Teguise, with the support of Teguise Ayuntamiento, gathering representatives of animal welfare groups and conservation charities to build bridges in order to tackle the situation.

Those bridges have recently been threatened by proposals for a new Canarian Biodiversity Law, which have already seen some politicians raise the prospect of euthanising cats in order to protect native species.

However, Carmen, Emma and John believe that the best solution is systematic sterilisation of the cat population. This has been attempted before on Lanzarote, with some success on a very local scale, but the problem requires a much wider solution which fully involves the authorities, the local communities and everyone interested in animal welfare and conservation.

John, an American conservation biologist who has helped develop new techniques for assessing cat populations, believes that the key to making sterilisation effective and efficient is intensity. “By concentrating sterilisation effort in a series of targeted areas, we can reduce populations over time and measure that reduction using accurate cat counting techniques”. He also added that an island-wide cat census could help to identify the areas where these sterilization programs are the most urgently needed.

Emma Clifford is the founder of Animal Balance charity, based in San Francisco, which has successfully managed to control the dog and cat population on the Galapagos Islands from 2004 onwards with a project that has been adopted successfully by several other island communities. Emma believes that, if a successful sterilisation campaign is to happen, it is crucial to gain the trust of everyone, from cat owners to welfare groups and local authorities.

She’s seen it happen, and tells us about how contacting a fisherman in the Galapagos led to the local community changing their attitudes about neutering their pets. “The community is an incredible resource,” says Emma. “If we’re going to do this right, we need social change, to change the way people think so we’re all on the same page.”

Change like this has happened before on Lanzarote, as certain hotel owners realised that providing feeding zones for cats was more efficient and tourist[1]friendly than eradicating them. “Eradication doesn’t bring social change,” says Emma, “but a sterilisation campaign offers a long-term solution.”

Although none of the three believe that feral cats can be completely eliminated, they are convinced that they can be reduced enough using this approach to substantially reduce the impact of cat predation on sensitive wildlife species.

A previous project on La Graciosa highlighted the need for transparency and communication with the community when many local residents hid their cats from census takers, distrustful of their motives. Emma, however, is convinced those attitudes can be changed – she’s seen it happen in several other places

Carmen’s also fully aware that local authorities will need to be on board with the project. “It’s not just a matter of convincing them, but also getting them to devote resources to the problem. Much of the money for animal welfare is spent on livestock, but there are other environmental funds that can be tapped, too.”

Nevertheless, the project will ultimately require volunteers, especially during the trapping and neutering campaigns that will be required once the groundwork of assessing the scale of the problem, targeting areas and informing the local population has been carried out. As a result, Carmen, Emma, John and their colleagues have been reaching out to all sorts of groups on the island, with a view to getting this project off the ground.

“This could be a project that Lanzarote could really be proud of,” says Carmen.

Virtual circuit of Lanzarote
The President is coming

On the road to recovery
Scroll to top