The President of Spain’s government, Pedro Sánchez, is due to arrive on Lanzarote tomorrow. He will spend his summer holiday at the “King’s House”  of La Mareta near Costa Teguise with his wife Begoña Gómez; their daughters  Carlota and Ainhoa and the family dog Turca. 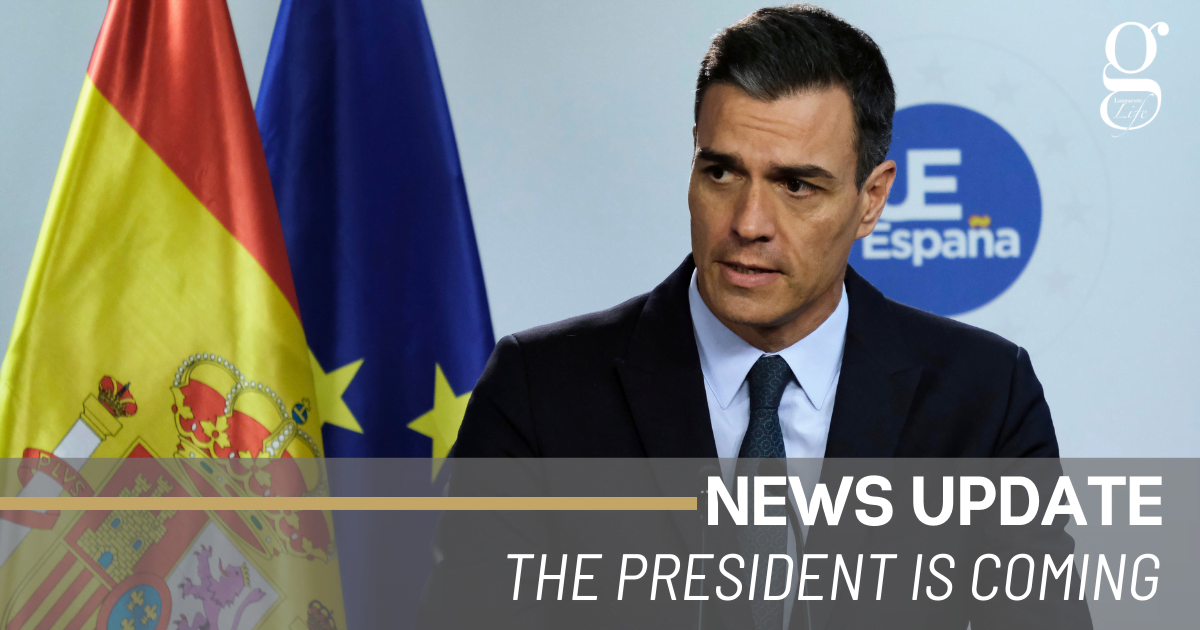 Sánchez is not the only political bigwig to arrive on the island this summer. Ex-Premier José Luís Rodríguez Zapatero has already arrived on the island in mid-July to spend a long holiday in the bungalow that he bought at Famara two years ago. It is highly likely that the two men, who have both led the Spanish Socialist Party as well as Spain’s government, will meet up.

Zapatero showed a deep commitment to Lanzarote, holidaying here on numerous occasions during his two terms of office from 2003 to 2011 and returning several times since. Sánchez, who has already holidayed on the island twice, is showing a similar fondness for the island.

The 49-year old Sánchez caused a minor media flurry two years ago when he was photographed bathing and relaxing in a pair of swimming trunks near the Royal Residence. This never happened to Zapatero, who was also a keen swimmer but nowhere near as photogenic as the current Spanish leader.

The Kings House was donated to King Juan Carlos I of Spain by King Hussein of Jordan in 1989, and later transferred to public ownership. The current King, Felipe VI later put it at the service of thew “touristic interests of the state”, although it’s not yet clear what those are.

King Felipe and his family have only stayed at the residence briefly, and King Juan Carlos I has never returned to it since his mother, María de las Mercedes de Borbón, died of a heart attack there during a  royal family New Year’s  gathering in 2000.