One month after the first fissure opened, belching out molten lava, ash and smoke, the volcano on La Palma continues to erupt, with some of the strongest earthquakes being experienced in recent days. 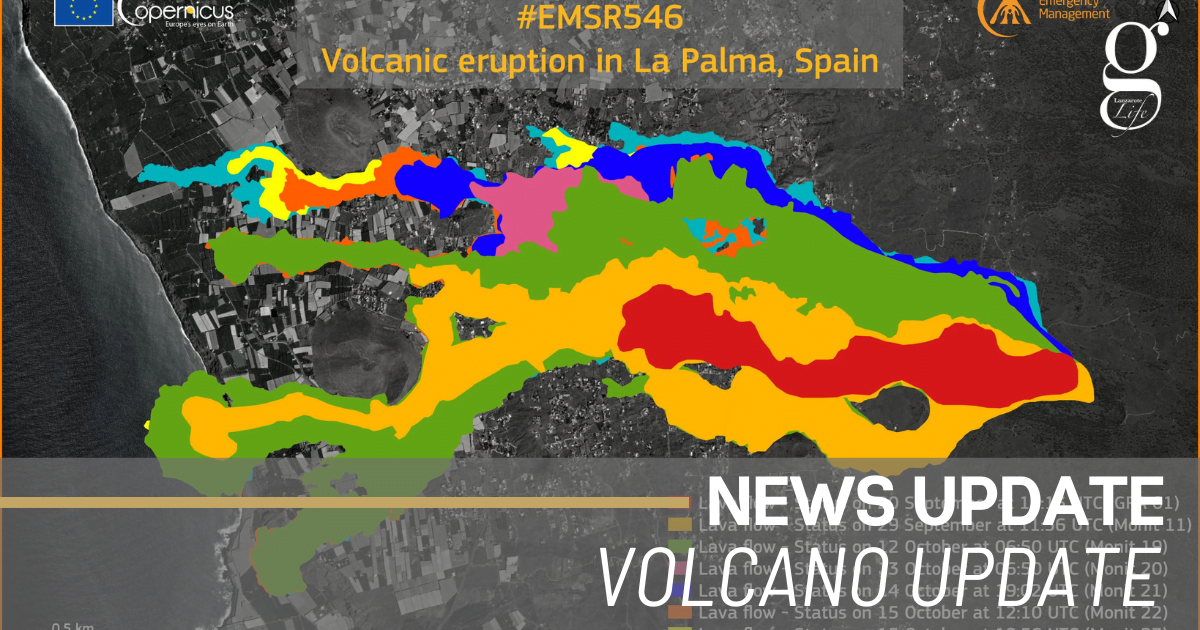 The lava flows to the south, which reached the sea on 29th September, have now slowed, creating a 36-hectare black basalt headland that is the youngest landscape in Europe. However, the concerns of experts are now focused on two new lava flows to the north.

One of these is named after the Spar supermarket it destroyed in the town of La Laguna and the other is named after a football pitch which will never see a game again. These lava flows appear to have slowed a little in recent hours, but are still threatening several properties.

One of these lava flows is likely to reach the sea in the next few hours, and measures will be taken to protect locals from the possible emission of toxic gases caused by the contact of lava with seawater. Air quality has not been improved by the recent calima, although a change in wind direction is forecast shortly.

As experts predict that there will be no end to the eruptions in the short or medium-term, La Palma is staring to recuperate some normality as schools open again today in the nearby towns of Los Llanos de Aridane, El Paso and Tazacorte after a month of closure.

The lava now covers 754 hectares (1,860 acres) – 1% of the entire area of La Palma – and 8% of the island’s residents have had to be evacuated.  Analysis of images taken by the EU’s Copernicus satellite shows that an estimated 1,835 buildings have been destroyed, most of them residential homes.

As well as the terrible personal losses to property, the eruption has devastated crops and the tourism industry while other environmental factors, such as the constant thunderous roar of the volcano and the black ash that it produces, are also causing weariness and exhaustion among locals.

The eruption is now the third largest in recorded Canarian history, following the eruptions of Timanfaya from 1700-1736 , and the underwater eruption near La Restinga  at El Hierro in 2011.  The volcano itself has no name yet, although the Canarian Volcano Institute has suggested the name Tajogaite, which means “split volcano” in the Guanche language. Other suggestions include Echedey, the name of an ancient King of La Palma and a fairly common Canarian boy’s name; and Tacande, which means “burnt mountain”. However, the final choice will be up to the islanders.

The Raven
Scroll to top