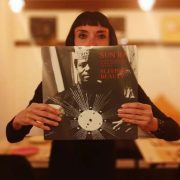 Vinyl has never really gone away, and Lanzarote still has plenty of people who’d rather spin a disc than stream a file. We spoke to a few of the island’s vinyl enthusiasts and asked each of them to choose a favourite record. 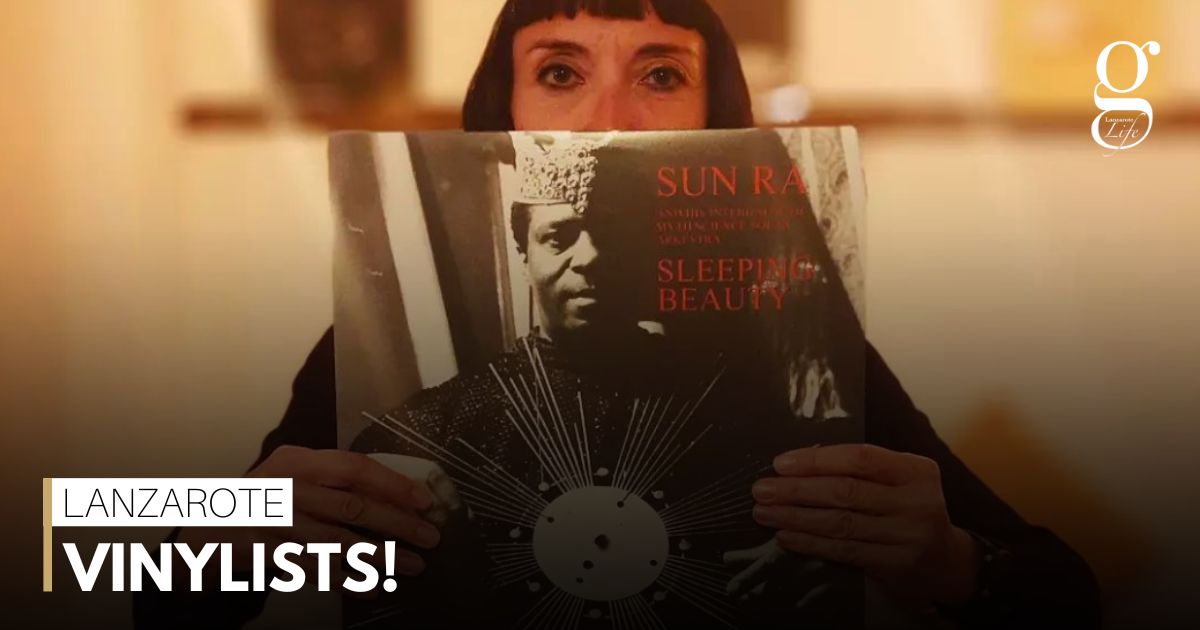 “Collecting vinyl is my passion,” says Miet from Belgium, the owner of Bistro Arbol in Puerto del Carmen. “It started years ago, but when my uncle Willy donated his collection I knew I had to do something with it. When I started the Bistro 5 years ago, we decided to play only vinyl, and it’s been lots of fun. We’ve had some great conversations with many of our customers about certain records. They like to tell about when they’ve bought the record, why they love it so much, what they were doing when they first heard a particular song. It really is unbelievable!

“A couple of years ago Alan and Jules visited our Bistro. Alan loves jazz and couldn’t stop talking about Sun Ra. Intrigued by this, I started listing to his music. WOW it blew my mind. “Sleeping Beauty’’ was recorded in a studio with no less than 28 musicians and originally released on November 1st, 1979 (a month before I was born, it’s a sign). It’s jazzy, funky, groovy and laidback, with passionate solos and striking melodies. Just enjoy all this beauty.’’

Simon’s from Liverpool and has had the vinyl bug for over 40 years. Rock ‘n’ roll is very much a lifestyle thing with Simon, who’s shipped a jukebox over from Norfolk.

He is a veteran jiver and has a gorgeous vintage Ford Capri sitting in his garage.

The record Simon’s chosen is the wild 1955 rocker Cherokee Dance by Bob Landers. “I went to a concert by Bill Haley in 1979, and there was a stall selling records where I bought this 45. It’s one of my first rock ‘n’ roll records, with special memories.”

Angel is a vinyl-holic who runs the Asturias Bar in Arrecife. He holds regular vinyl days and has organised rock ‘n’ roll festivals on the island, with a big event planned for next year.

“Charlie Feathers is one of the fathers of rock ‘n’ roll and Elvis, is the King, of course. The American Graffiti is a cult film and soundtrack for everyone who wants to get started with rock ‘n’ roll.”

Rhys is “The Count” from Monster Radio, (we could have filled another article with their DJ’s choices).

“I bought this police badge-shaped single at a back-street shop in Sandown, Isle of Wight, called Hard Times in 1981. It had all the latest imports and there were all sorts of coloured vinyls and picture discs, but this one by the Police stood out. Also, it’s such a great tune!”

John’s from York, and visited Lanzarote twice a year before finally moving here in 2017. He started collecting records in his mid-teens and has a large collection of around 1,500 rock and blues records. “I’ve been tempted to get rid of them, especially when moving,” he admits, “But there’s just something about having a collection.”

John has chosen Stand Up by Jethro Tull, the band’s 1969 album that came with a unique pop-up gatefold cover. Over 50 years later, John’s copy is still in great condition.

Jonathan is a lifelong vinyl collector who was a BBC presenter and foreign correspondent for 30 years. Currently transferring his large collection to his family’s house in Conil, Jonathan also presents a weekly radio show and podcast that is broadcast on 15 stations to around 250,000 listeners.

“I love London Calling because you really feel that the band are stretching the muscles of their imagination. They are moving on from pure punk to incorporate reggae, ska, rockabilly and a host of other styles. Listening to the title track, London Calling, immediately takes me back to images of what Britain was like in 1979. It’s an evocative record and listening to it on vinyl is the same warm, crackly sound today as it was when it first came out. Fantastic!”

RECORD SHOPPING IN THE CANARIES

Few places sell vinyl on Lanzarote. Bysiroco in Arrecife has a selection of new and second-hand records, and Angel at the Bar Asturias also keeps the flame burning, but most collectors will have to get online or catch a flight to feed their habit.

Most collectors do it online, from sites such as Discogs, eBay or the Todocoleccion site in Spain.