Cabildo President, María Dolores Corujo, called a meeting with the Mayors of Arrecife, Tías and San Bartolomé, as well as the Chamber of Commerce, to put a stop to the installation of marine cages along the coasts of the island. 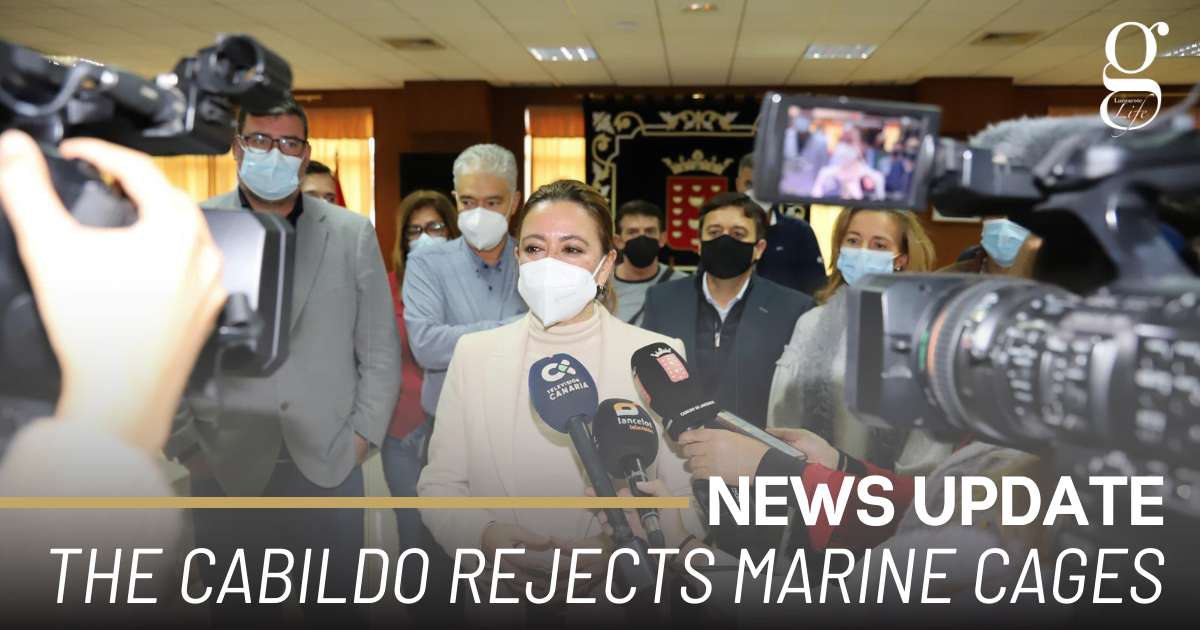 A meeting held this Friday by the Cabildo’s President began the steps toward stopping the installation of marine cages. Corujo explained, “The installation goes against our models of tourism development, sustainability and preservation of ecosystems.”.

The plan was approved in 2018, an agreement by the previous government and under the presidency of Pedro San Ginés. The plan ordered for marine cages to be installed along the coastlines between Arrecife, San Bartolomé and Tías.

The President of the Cabildo described the plan as “an unfortunate decision by the previous government”, and went on to stress that “We will take all the political and legal measures necessary to stop it.”.