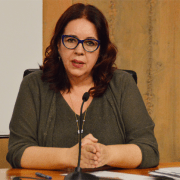 The return to school on Lanzarote looks increasingly doubtful as the island suffers a second wave of Covid-19 infections. The Canarian education councillor had admitted that no return to school will be possible under current rates, and parents, teachers have expressed opposition to the current plans, which will be finally decided on 10th Septemeber

Canarian teaching unions, parents’ groups and student councils have issued an announcement requesting a postponement of the return to school, scheduled for September 15th in state schools on the Canaries (the 16th on Lanzarote, as the previous day is a public holiday on the island).

The announcement reads “We sincerely predict that it will be impossible for all centres to be able to have a contingency plan ready before the 15th of September; or that they’ll be able to  establish and regulate out-of-school activities; the early reception and late activities for students aged 0 -3 years, that  the safety of school dining rooms and transport can be guaranteed; that there will be sufficient digital resources; that the incorporation of services such as school nurses in educational centres will take place, and that the necessary training and information in digital skills and the prevention of workplace risks to students, teachers, families and staff  before the beginning of the established course will be provided.”

Canarian education councillor Manuela Armas said on Monday that, under current infection rates, Lanzarote, Gran Canaria and El Hierro would be unable to re-open schools on schedule. However, the final decision on this will be taken on the 10th of September.

The protocol drawn up by the health and education departments of the Canarian Government involves measures such as double shifts in the afternoon, distancing of 1.5 metres in secondary schools and “bubble “ groups at infants and primary levels. Pupils will have their temperatures checked and will be required to wash their hands several times a day.

Extra teaching,catering and cleaning staff will be hired, although the idea of a nurse in every school is unlikely to occur because of the demand for health professionals in hospitals and health centres.

However, Armas and the Canarian government have been strongly criticised by opposition groups. The CC have accused them of “looking towards Madrid in silence, and leaving the ball in the court of the schools.”  Ciudadanos have asked for class sizes to be reduced to 15. The PP, meanwhile, have described the preparations for the new school year as “chaos”.

Parents of children registered in private schools are advised to contact the centre in question to find out what the current situation is.

Two plans to rescue the winter season
Scroll to top