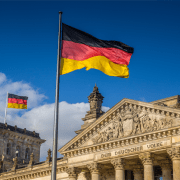 It was a question of when rather than if, but Germany has finally added the Canaries to the rest of Spain on its “blacklist” of countries to which travel is not recommended. Visitors to the Canaries must now provide a negative PCR test result or quarantine themselves for 15 days on their return to Germany.

Germany’s Robert Koch Institute for public health has established a level of 50 cases per 100,000 inhabitants over the last seven days as the county’s upper limit for quarantine restrictions. As the Canaries has been operating above that level for several days – and is  currently at a rate of 93.48 per 100,000 – the German announcement came as no surprise.  Germany is the second most important market for Canarian tourism after the UK, and the country sent almost 400,000 tourists to Lanzarote in 2019.

Canarian tourism councillor Yaiza Castilla said that the German announcement meant that “it is vital that new measures and controls are introduced so we can turn this situation around in the next four weeks.” Although she didn’t mention precisely which measures she had in mind, Castilla has been a vocal supporter of obligatory PCR testing at origin and/ or destination.

Castilla also requested the “cast-iron commitment of the public, who must realise that one out of every two jobs on the islands is directly or indirectly dependent on tourism.” The German decision is likely to see a number of hotels on the islands closing their doors once again, a

The CEO of German travel giant TUI, Sebastian Ebel, has also urged the Canarian government to get a grip on the pandemic before October, given that the Canaries is the only viable sun-and-beach winter destination in Europe.

Belgium also yesterday added Lanzarote and the rest of the Canaries apart from Tenerife to its “red zone” list, to which non-essential travel is forbidden, and returning travellers must submit to a PCR test and quarantine for 14 days. Tenerife has been placed on the orange list, which makes these measures advisory rather than mandatory.