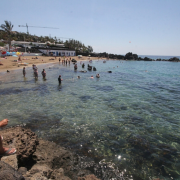 Tias Ayuntamiento has responded to a request to explain what is going on on the pier at Playa Chica in Puerto del Carmen, claiming that the works that are taking place on the pier. 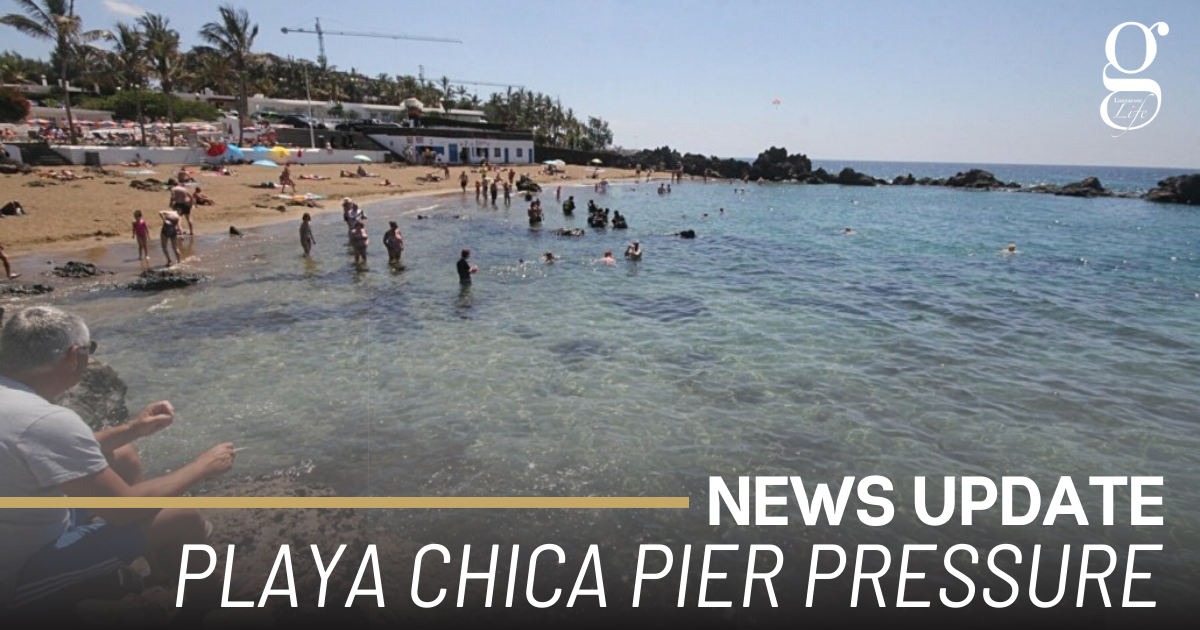 On Thursday, opposition PP councillor Francisco Aparício, attacked the ruling group at Tías, saying “They talk about ecology and defending the environment, and then we see the dumping of stones and concrete that permanently alter the shape and appearance of places as attractive and special as the pier of Playa Chica.”

He demanded that Tias explained the reason for the works, presented the relevant permits and asked why the council “continues with its mania for filling the coast of La Tiñosa with more and more stones and cement” , a clear reference to the recent concreting of the tiny beach at El Poril at the end of the main pier in the Old Town.

The Ayuntamiento responded that the project, named “Repair of the Access Steps to Playa Chica Pier”, had been requested on several occasions by regular users of the pier. “This access steps showed signs of deterioration due to the action of the sea,” a council official explained. The Ayuntamiento also stated that the project has been fully authorised by the Coastal Department.

The works appear to be taking place on the steps facing out to sea at the end of the pier, rather than the ones on the side that are regularly used by divers, sailors and swimmers, and this access zone has long posed difficulties due to smoothness and slipperiness caused by erosion and algae.

Colder and wetter than 2020
Scroll to top