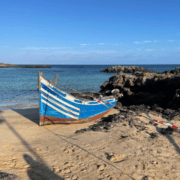 Holiday makers on the beach at Playa de Jablillo got a big surprise at 3.40 pm yesterday when a patera (Moroccan fishing boat used by migrants) landed on the beach right in front of their eyes. 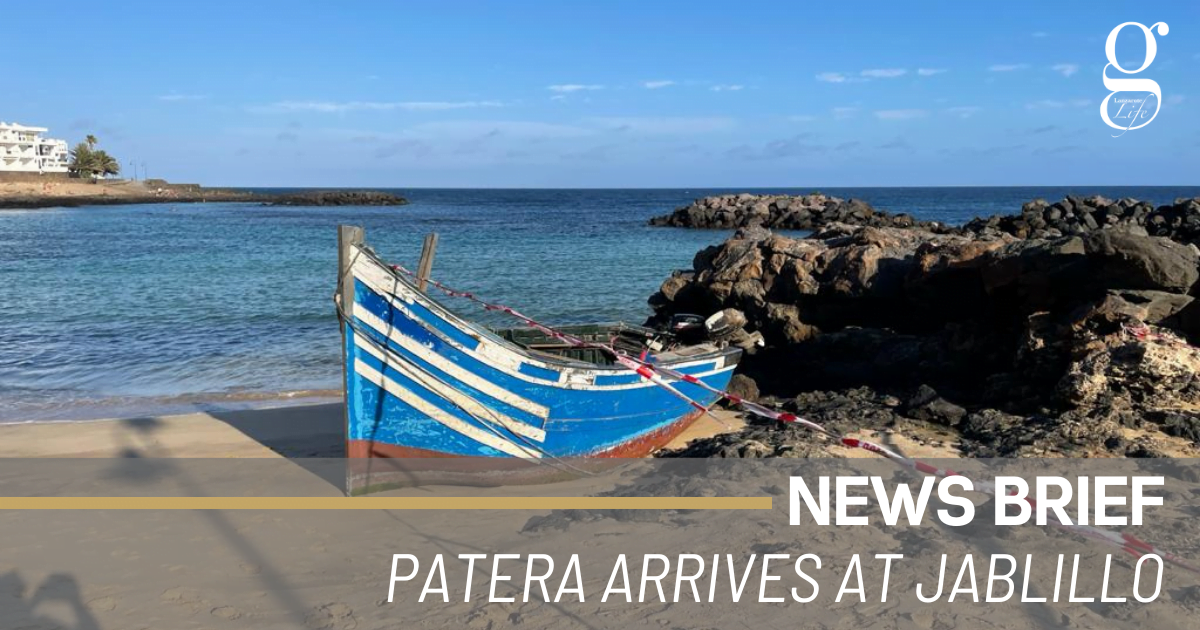 The boat was carrying 38 young men, who leapt into the water and made their way onto shore, where many of them kissed the ground with relief after their voyage. Several others dispersed and have not yet been located.

Some beach users offered the migrants water and First Aid was given to some on the beach. Ten of them were later transferred to the emergency department of the hospital in Arrecife and treated for dehydration.

The patera arrived at high tide, allowing the wooden boat to clear the rocky reef at the mouth of the lagoon in Jablillo. Some of the young men who had been on board claimed that it had set off five days ago from Safi, over 500 kilometres away in Morocco.

Emergency services are currently searching the seas 15 miles south of Arrecife after 28 migrants were rescued from another patera from Safi, which had capsized. The survivors say that at least 12 occupants of the boat are missing, including three women.