Lanzarote winemakers and vine growers gathered at the restaurant of the Castillo de San José in Arrecife last night for the annual qualification of the 2021 vintage. 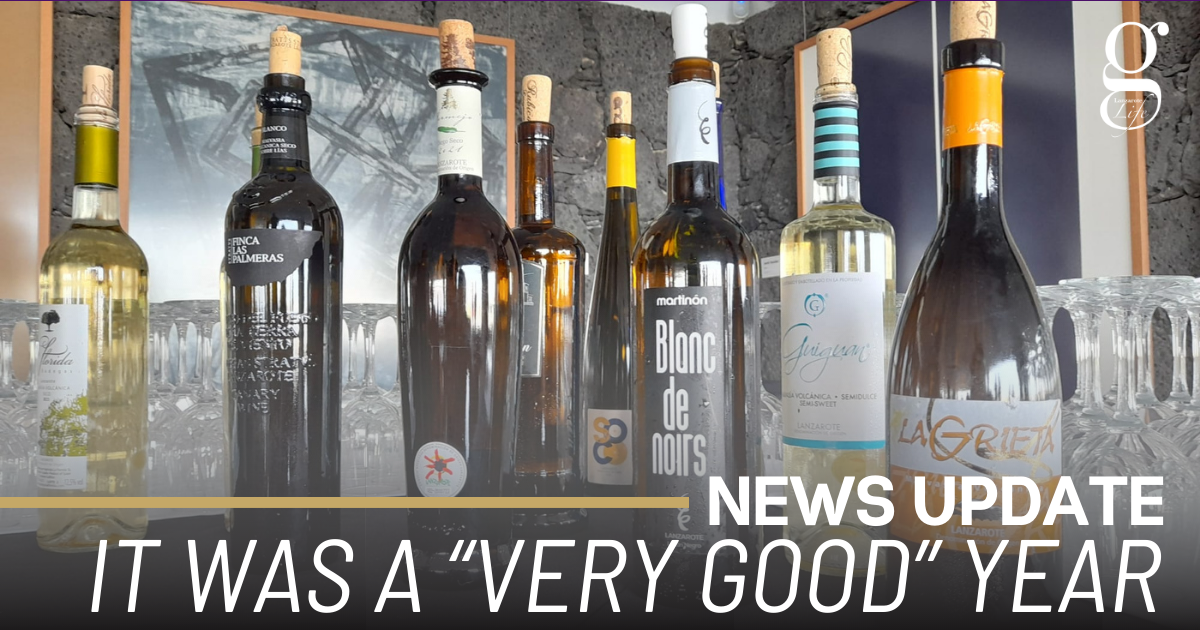 Six wine tasters had previously sampled several of last year’s wines: nine dry whites, six reds, three semi-sweet whites, one semi-dry white, and one rosé; and their final decision was that last year’s wines were to be classed as “Very Good”.

This is the second-highest of the four possible gradings that can be given to wines, and it is the fourth year running in which Lanzarote has reached this standard. The island’s wines have never had a lower grading since 2009, and have achieved the highest possible rating, Excellent, on five occasions since then, most recently in 2016.

It’s been an exciting year for the island’s wine sector, with several important awards presented to the island’s wines. Most recently, the Blanco Martiñon,, Blanco Afrutado and  Blanc de Noirs wine from Bodegas Martiñon – a white wine made from the black Listán negro grape – triumphed at the Vinespaña awards and Portugal’s Wine Trophy.

There are now 21 bodegas under Lanzarote’s Denomination of Origin. Exciting recent additions such as Akaet in Tinajo, where organic wines are made in ceramic amphorae, show that Lanzarote’s wine sector is increasingly exciting and innovative.

The event at the Castillo finished with a tasting of several of this year’s vintages. There are worse ways of starting the weekend than looking out over the stunning view of Arrecife’s Puerto Naos with a chilled glass of La Geria’s Manta Malvasia Volcánica  in your hand.