A British couple have been arrested for passing off counterfeit banknotes in Playa Blanca. 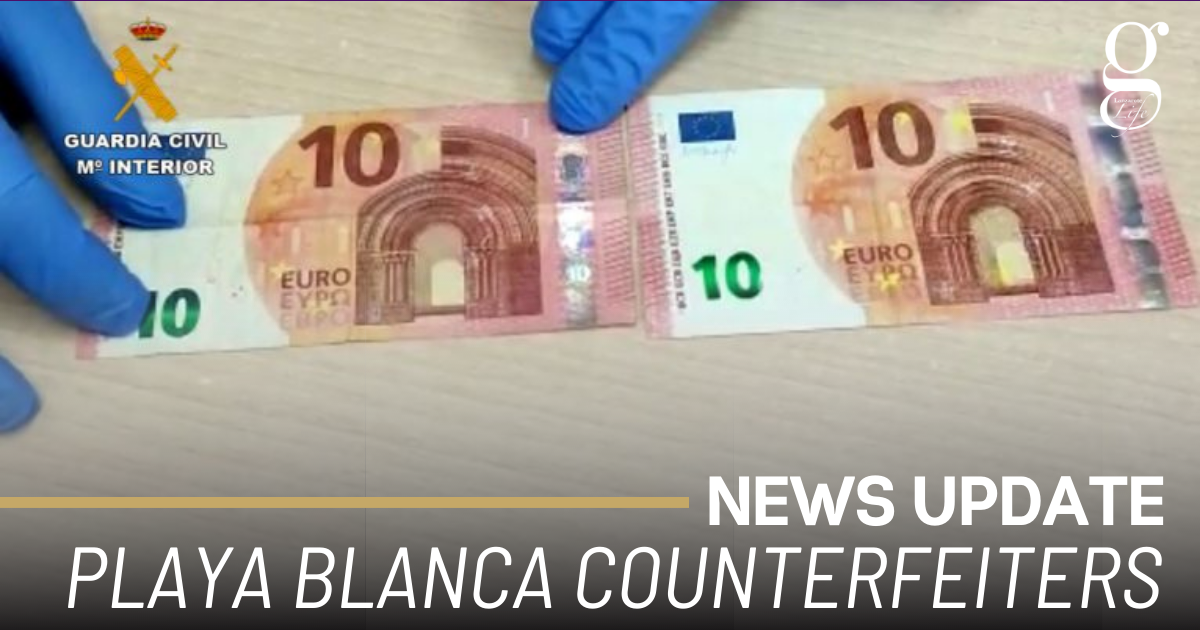 The couple, a 27-year-old woman and a 30-year-old man, were arrested on Thursday after local Guardia Civil officers received reports that four forged €10 banknotes had been used as payment in a Playa Blanca hotel.

Security video footage confirmed that the notes had been used by a couple staying the hotel, and a search warrant was issued for their room.  During the ensuing search, Guardia Civil officers discovered another 51 counterfeit €10 notes.

The couple have been arrested and placed at the disposition of the court. In Spain, counterfeiting is a crime that could be punished by up to 12 years in prison, as well as fines of ten times the value of the forged currency.

Covid spike “under control”
It was a “Very Good” year

Breaking up the Telamon
Scroll to top