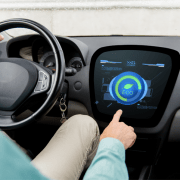 Spain’s President Pedro Sánchez has revived the PIVE Plans that helped to revive the country’s motor industry and update its stock of vehicles six times from 2012 until 2016.

The PIVEs (Efficient Vehicle Incentive Plans) became famous in Spain, as they offered buyers significant financial incentives to trade in older vehicles for new ones. The aim was not only to support Spain’s automobile manufacturing industry, but also to renew the country’s driving stock, which was ageing rapidly as the financial crisis discouraged outlay.

Now, Sánchez has dedicated 3.75 billion Euros to a new PIVE plan – the first operated by a Socialist government, and one that places an urgent extra emphasis on ecologically conscious motoring.

Those who stand most to gain from the scheme will be those who purchase cars classified as ECO). The ECO category applies to selfcharging hybrids and chargeable hybrids with a range of less than 40 kms.

Fully electric vehicles and chargeable hybrids with a range over 40 kms fall under the 0 (Zero) category, and buyers will probably get a better deal if they buy them under a separate scheme called the MOVES Plan.

Spain’s motor industry has been hit hard by the coronavirus crisis, with the worst blow coming when Nissan announced that it would close its factory in Catalonia, laying off 3,000 staff and threatening the livelihoods of an estimated 25,000 ancillary workers.