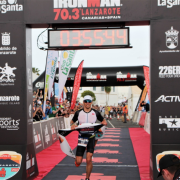 The Mayor of Yaiza, Oscar Noda, crowed Léo Bergère and Katrina Matthews as winners of the IRONMAN 70.3 after a spectacular and intense competition. 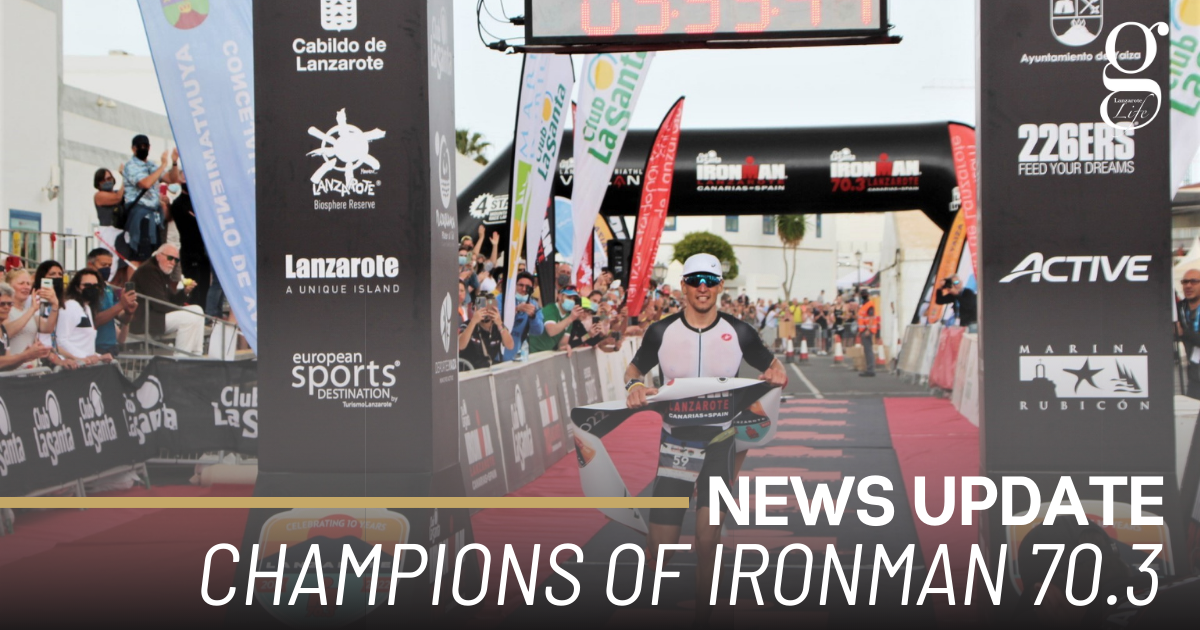 The 10th anniversary of the IRONMAN 70.3 was one to remember. The challenge started at seven in the morning where 1,126 brave athletes dove into the freezing cold waters for a 1.9km swim. Participant Kyle Smith came out of the swim in first place, followed closely by Florian Angert.

The cycling segment faced them next, where Clement Mignon duelled with first place Kyle Smith. Smith finished the segment in 2nd place, just 5 seconds behind 1st.

Katrina Matthews rose from 4th to 1st, which she foretold in the press conference before the race. Matthews stated that the British knew this cycling segment very well.

In the final segment the athletes were faced with a 21.1 kilometre foot race around the sunny southern town of Playa Blanca. In the foot race Léo Bergère began moving up in positions until he reached 1st with just two kilometres to go. Bergère would finish the race in 1st with Kyle Smith just 26 seconds behind him.

Matthews and Anne Haug battled for 1st spot in the foot race. Matthews went on to finish the race in 1st, three minutes and thirty six seconds ahead of race rival Anne Haug who finished 2nd.

Well done to all those who participated!