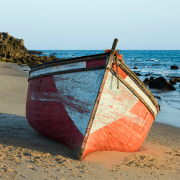 Canarian President Ángel Victor Torres has expressed his “deep discontent” at the decision of Spain’s Migration Minister, José Luis Escriva, to cancel a planned visit to the islands, during which he was scheduled to find out more about the recent rise in pateras (boats carrying migrants) to the islands.

Torres said it was “necessary and urgent” that the national government confronted the situation on the islands, which has seen a recent rise in arrivals of migrants, and informed press that he had spoken directly to Spain’s vice-president, Carmen Calvo, asking her for assistance in finding accommodation for migrants, supervising and assisting them and repatriating them.

The main problem appears to be accommodation. 53 migrants spent last night in temporary marquees at Puerto Naos in Arrecife because there was nowhere else to put them. Torres has requested that the state permit the use of military barracks for the purpose, as well as the reopening of Foreigners interment Centres, which are currently closed.

On Gran Canaria, around 100 migrants have been controversially lodged in a tourist complex of chalets by Spain’s government delegation. The owner of the complex , Domingo Espino, has praised the behaviour of the migrants lodged there, saying they’re “extremely clean – better than the tourists”  and claims that the decision to place them in his complex has allowed him to save 72 jobs.

Torres also criticised attacks on migrants after a centre for young migrants was stoned by locals in Gran Canaria. He said the attack “belittles us” and also criticised internet hoaxes and rumours that are being deliberately spread about migrants as “irresponsible”.

In the last week, five boats carrying 134 migrants have arrived at various points of Lanzarote and La Graciosa, and the facilities for accommodating them have been exhausted. Several more boats have arrived at Fuerteventura and Gran Canaria.

Although the majority of sea-based routes still lead to mainland Spain, increased supervision by Moroccan security forces means that the Canarian route has once again risen in popularity. The route is the riskiest way to get to Spain, and it has been estimated that one in every twenty migrants will die attempting it.