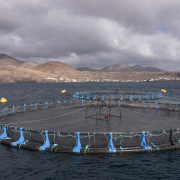 Spanish ecological group Ecologistas En Accion has published its list of “Black Flag” beaches for 2022, and the list includes Playa Quemada in Lanzarote, which was given the negative award for contamination caused by fish farming. 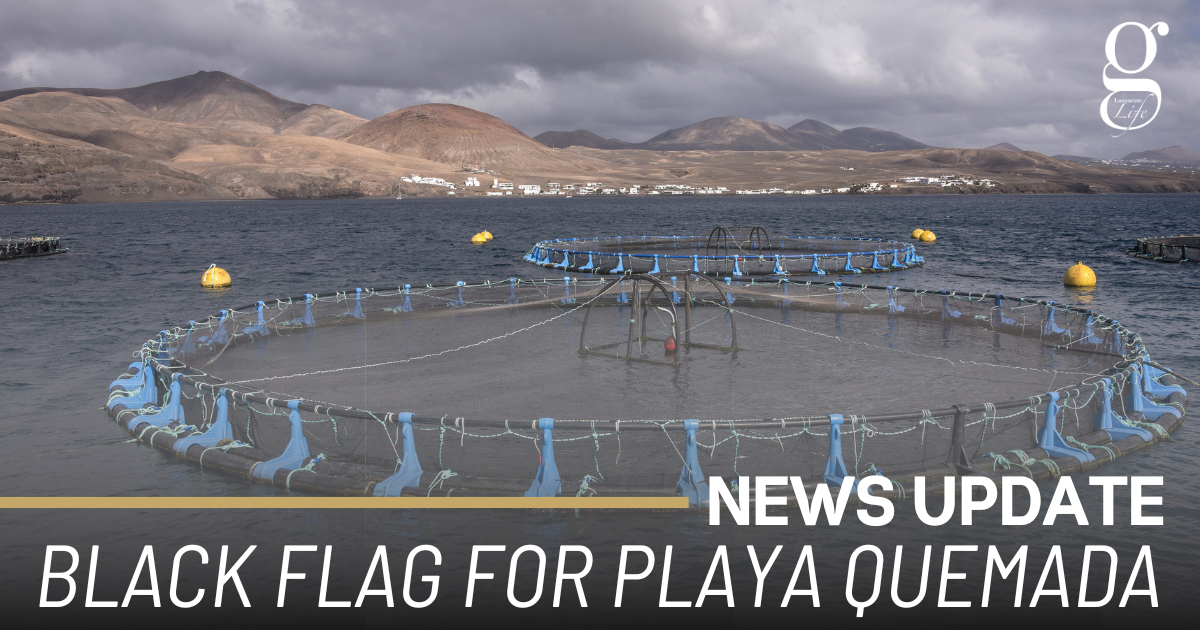 Although it has never been a particularly popular tourist beach, Playa Quemada locals have long complained that bathing and fishing in the area have been ruined since the arrival of eight marine cages which form a fish-farm operated by the Yaizatun company.

Critics claim that the accumulation of leftover fish pellets and the excrement of the sea bass and doradas that are kept in the cages has changed the colour of the water and ruined the seabed.

Yaizatun’s concession expired last year, but the company have continued to operate in the area, despite the consistent efforts of Yaiza Ayuntamiento to persuade the Canarian Goverbnment to order the removal of the cages.

Ecologistas En Accion award two black flags to each province each year, to highlight environmental damage to beaches and coastal areas. The other beach in Las Palmas province is the “Waikiki” beach in Corralejo, Fuerteventura, which receives a black flag for bad management.

According the the report, the beach has been ruined by the continued illegal placement of bars and furniture, by local businessmen which include the current President of the island’s Tourist Board. The ecologists claim that noise and music (they particularly single out reggaeton) has ruined the peace of the beach.