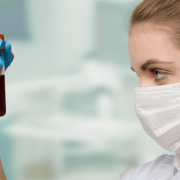 The third and final stage of Spain’s national random testing programme for coronavirus exposure has revealed that just 2.3% of Canarians have been exposed to the virus , just over half of the national Spanish average of 5.2%.

That figure means that an estimated 49,500 Canarians have been exposed to the virus, a far higher number than the officially recorded 2,442 cases that have been positively tested on the islands since the beginning of the pandemic.

The figures confirm findings in other countries showing that a large number of cases are never registered because they have never taken a PCR test for the virus, or have only  taken one once they have recovered.

Staff at Lanzarote’s José Molina Orosa Hospital have previously stated that the higher figures for exposure have been borne out by their experience. The majority of suspected cases have never been tested, but instead urged to self-isolate while health workers monitor their situation daily.

However, an exposure of 2.3% means that the Canaries is very far from achieving herd immunity, which only occurs at an exposure of around 70% of the population.

The results show that the Canaries is one of the least-exposed communities in Spain after the Balearics (1.6%), Murcia (1.8%) and Asturias and Galicia, (1.9% each). The regions with highest  exposure figures were Madrid (11.7%) and Castilla-La Mancha (9.6%). The antibody test was carried out on a  national basis, with 4,800 tests carried on blood samples taken from members of 1,907 Canarian households.

Service As Usual!
Scroll to top