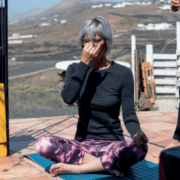 Last month our sales rep Beverley Farley took a one-to-one class with yoga teacher Laurel Regan from Lanzarote Yoga Escape. We asked her for her impressions. 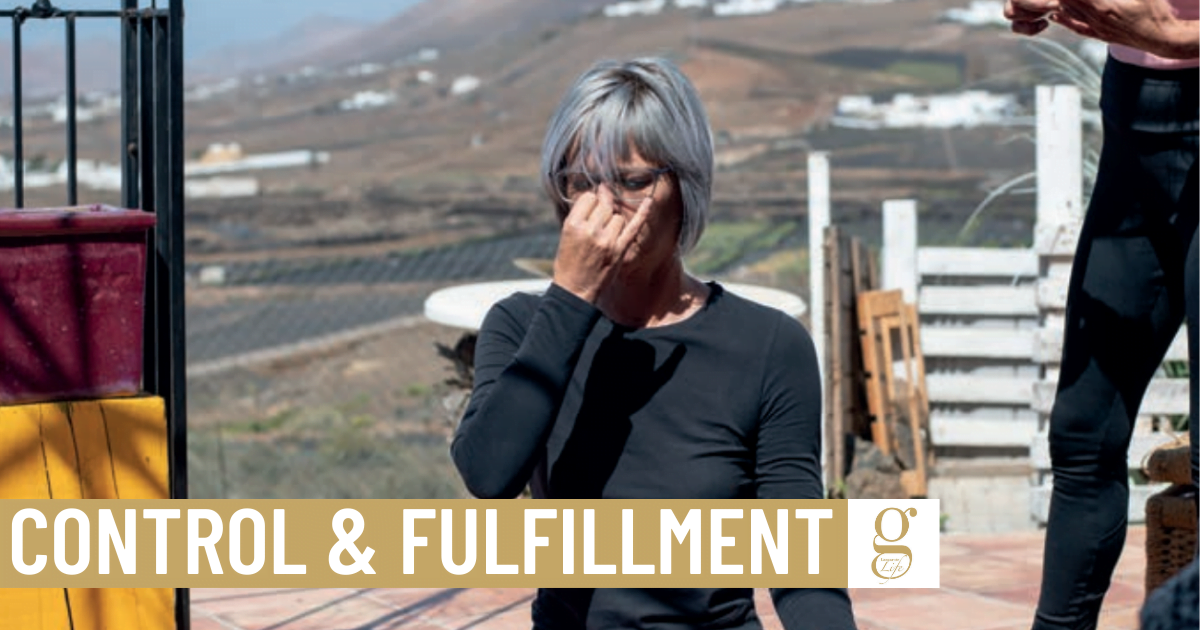 Bev was a professional dancer from a young age, and has always had a dancer’s intuitive relationship with her body. But those energetic, exhausting dancing days are now long behind her, and she has recently had a strong urge to get back into shape and try and calm her body down to deal with the extreme symptoms of the menopause she has been suffering

“I did some online classes during lockdown,” says Bev, “And I’ve always liked the idea of yoga, but it’s not easy to know whether you’re doing things correctly on your own, with no feedback. I definitely found the one-to-one class useful. There’s no division of attention, and Laurel was a very calming, encouraging presence.”

“Yoga is a way of moving that is very controlled,” says Bev, “And that control is what I was looking for. Doing yoga alone means that you’re monitoring yourself, but a teacher can nudge you into the right position.” Bev compares the smooth flow and control of yoga to dance, “It feels closer to ballet than other styles of dance,” she says.

Bev found the breathing and meditation aspects hardest to adapt to. “Everything is based on breathing,” she says, “And I did some nostril-breathing exercises to release emotional tension. That’s something I could never have tried alone without instruction.”

“Meditation is another thing I’ve always found difficult,” admits Bev. “My mind always starts racing, but I was taken through the deep relaxation meditation with Laurel whilst laying in savasana position, which ended the lesson, and I found that very calming. The Tibetan bowl also helped with this tranquil feeling. It brought real satisfaction”.

Bev’s dancing experience also led her into making a few errors. “As a dancer, I point my toes instinctually, but in yoga they need to be flexed a lot of the time.”

“I felt a real sense of fulfillment after the class, despite a little stiffness the next day because I was using muscles I don’t use often enough. I realised that my body actually wants to do this, and I want to continue.”

Mr Brown and Mr Green
The English are coming!