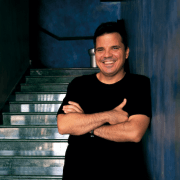 Pancho Corujo is late for our interview, partly because he’s been stopped a few times on the way. Arrecife locals recognise the young tenor from TV and his popular Facebook page, where he often posts funny videos, and they want a chat and maybe a selfie. His popularity is no mystery – he’s an open, friendly character with a touch of that swagger that every good tenor needs. 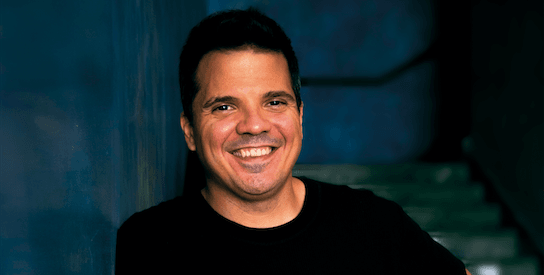 What brings you back home, Pancho?

There have been plenty of celebrations of the centenary of César Manrique’s birth this year, but yesterday was the 27th anniversary of his death. I was invited to sing at a service in his memory at Haría graveyard and was honoured to do so. It was very moving.

Do you have any public performances lined up?

Yes. I’ll be performing the role of Faust alongside Simón Orfila and Miren Urbieta at the Cueva de los Verdes on the 8th and 9th of November. It’s a work based on Gounod’s Faust opera and Boito’s Mephistopheles, and the cave is the perfect venue.

Where were you brought up?

In Masdache. My earliest musical memories involve my mother getting me to read poetry and sing at celebrations in the Teleclub.

Why do you think Lanzarote has such a rich musical heritage?

There’s always been a rich folk music heritage in the Canaries, and that means that music is widely accepted. It’s not strange to have musicians in the family here.

Especially not your family. You come from one of Lanzarote’s most famous musical dynasties – the grandchild of Domingo Corujo, whose music school is famous on the island, with several other relatives such as Antonio, Toñín and your brother Ciro who are deeplylinked to the island’s folk scene.

Yes, my grandfather taught Lanzarote stars such as Benito Cabrera and Rosana (Arbelo), and I was surrounded by music from an early age. I showed some talent, and went to the conservatory in Tenerife after school. It was there that a teacher told me I could be an operatic tenor if I worked at it.

After conservatory I studied at the Queen Sofía Academy in Madrid, where I live now, and under Carlo Bergonzi at the Verdi Academy in Busseto, Italy.

The great Canarian tenor Alfredo Kraus lived on Lanzarote in his final years. What is his legacy for Spanish opera?

Alfredo Kraus is one of the reference points for any lyrical singer, a man who took his career seriously and deserved all of his success. He was hugely educated about music, and that’s something I’ve learned from him – I’m a committed record collector and I read books about opera all the time. For me, Kraus is the paradigm of a serious opera singer.

How did you train your voice to singthe way you do?

If you look at an orchestra, there isn’t an instrument that’s the same as it was originally. A saxophone, a violin, a piano: they’ve all been improved with new materials. The voice is different, and the only way it can be improved is through technique.

And that technique also helps with amplification – remember that we don’t use microphones, and have to produce a voice strong enough to break the wall of the orchestra beneath the stage.

It’s an incredibly powerful sound. Do you ever feel surprised at what’s coming out of your mouth?

I still do, yes. A baritone sounds natural, but a tenor has that sharp, piercing quality. It’s not natural.

Did you need acting training, too?

Yes, that’s part of the training at the conservatory. Opera is drama – look at Faust. He sells his soul to the Devil in return for anything that he desires and what does he do? Falls madly in love and ruins everything.

Do you have any ambitions?

I’m restless. There are many challenges ahead of me and I’m looking forward to meeting them, but I’ve been a professional singer since 2006, with a career that’s taken me around the world, and I still think that’s a miracle. I have the greatest respect for anyone who makes a living at music, whether they’re a singer in a bar or a rock star. I know that it always takes discipline and hard work, and that it can be lonely.

Do you have a favourite role?

I love singing Rodolfo in La Boheme. That’s my favourite. More recently I played Don Octavio in Mozart’s Don Giovanni for a project by the Spanish director Carlos Saura. It was a very satifying experience and I felt comfortable in the role.

Face to Face: Mayor of Teguise
Scroll to top