For this month’s cover shoot we’d planned to head to Timanfaya but as we reached Matagorda, photographer Sabrina realised that the sand at low tide was reflecting the massive sky above. It was the perfect place. Later we had a word with our model, local lad Marcos Knight. 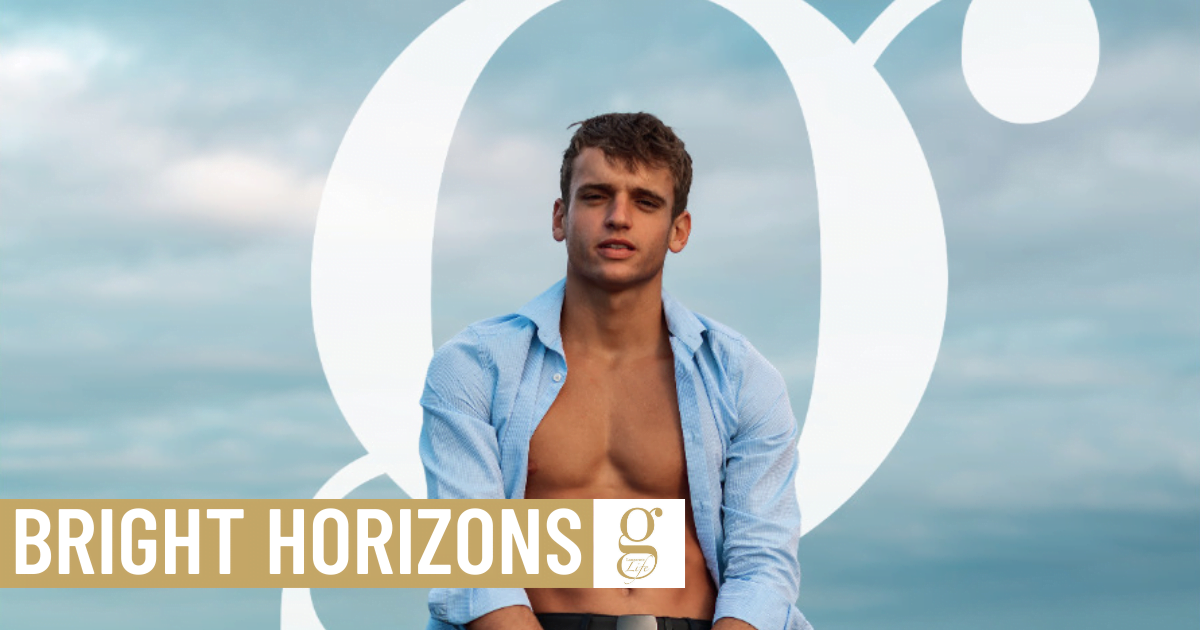 Do you do much modelling, Marcos?

No, not yet. I’d like to, though, mainly to raise money for my main passion.

I was born on Lanzarote, and remember when I was boy being taken down to Playa Grande at dawn on the morning of the Ironman. I loved it the second I saw it, and wanted to be one of those 2,000 contestants.

It’s an incredible spectacle, isn’t it? Did the lockdown affect your training?

It did, but it also gave me more hours. I was lucky enough to have a bit of land to do endless laps around and a cycle machine.

Have you done an Ironman yet?

No, my priority now is shorter distances, and my goal is to end up at the Olympics. Im dual nationality, so either Spain or the UK can have me!

True. I’m one of those kids who are British or Irish at home, but when we go out of the front door the language, the accent, even the hand gestures change, and we turn Canarian.

What’s been the effect of so many sports cancellations this year?

Its terrible. They called off the Olympics just a few weeks before it started – and so many athletes who may pass their perfect moment as a result. Its been one year of training for almost everyone, but everyone wants to compete again.

As part of studying and training, I’ve also become interested in organic gardening and growing my own fruit. It’s fun and I get to eat healthily.