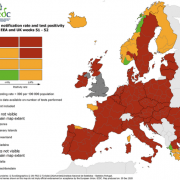 The glimmer of positivity caused by the news that the Canaries has once again turned yellow, or medium-risk, on the ECDC map has been immediately tempered by the knowledge that Christmas has brought another rise in cases on the islands, as well as the extension of lockdown measures on Europe. 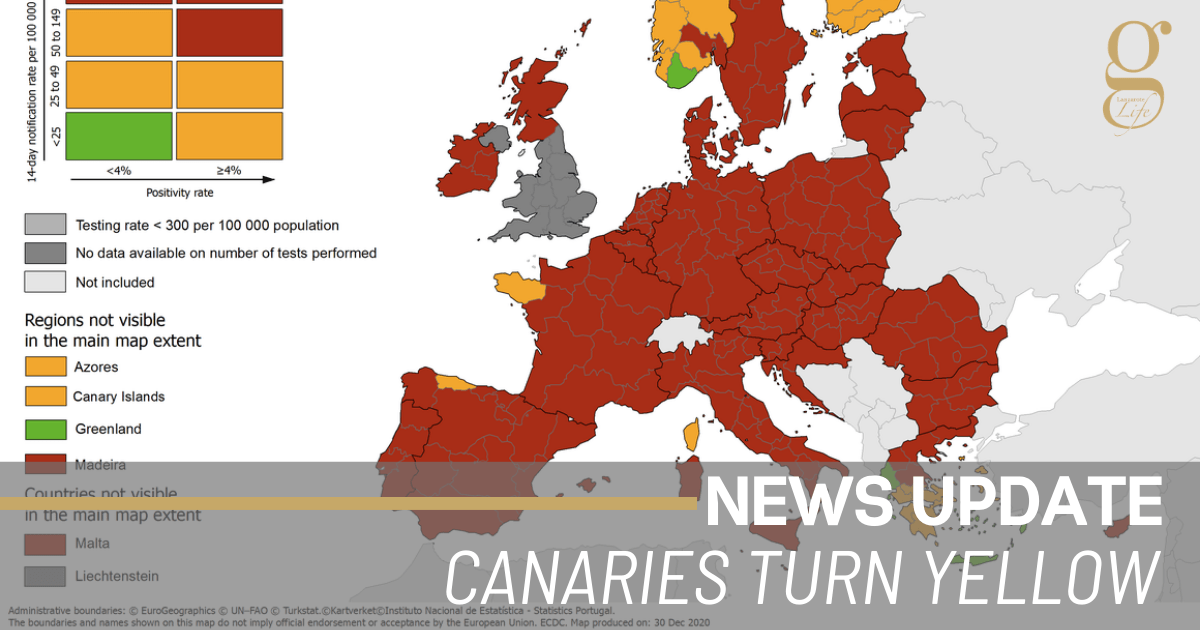 The ECDC map is used as a guide by several countries, and turning yellow increases the likelihood that countries may lift quarantine measures on returning tourists from these areas and perhaps reopen travel corridors.  Nevertheless, yellow status is achieved by dipping beneath a 7-day infection rate of less than 50 cases per 100,000 people, and a percentage of positive tests under 4%. At the moment, the Canaries has a 7-day rate of 61 and 5.88% of tests are positive.

The ECDC map will be revised next Thursday, and if current trends continue unchecked, the Canaries are virtually sure to turn red again.

Strict new anti-Covid measures in several of the Canarian source markets for tourism also mean that the resorts are likely to remain empty for some time. The British government has extended Tier 4 measures to another 20 million people in England, Ireland has returned to a full lockdown for at least a month, and Dutch prime minister Mark Rutte recently said that anti-Covid measures in the Netherlands may last until March. In all three of these countries, as well as others such as Italy, overseas travel is effectively prohibited.

Meanwhile, the new strain of the virus appears to be raging out of control in the UK, which is currently experiencing five times more new cases than Spain and a death rate that is ten times higher. As a result, the Spanish government yesterday extended its entry ban on British citizens who are not residents of Spain until 19th January.