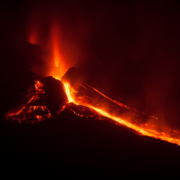 The new volcano on La Palma has entered a phase of high activity over recent days, and shows no sign of halting in the near future. 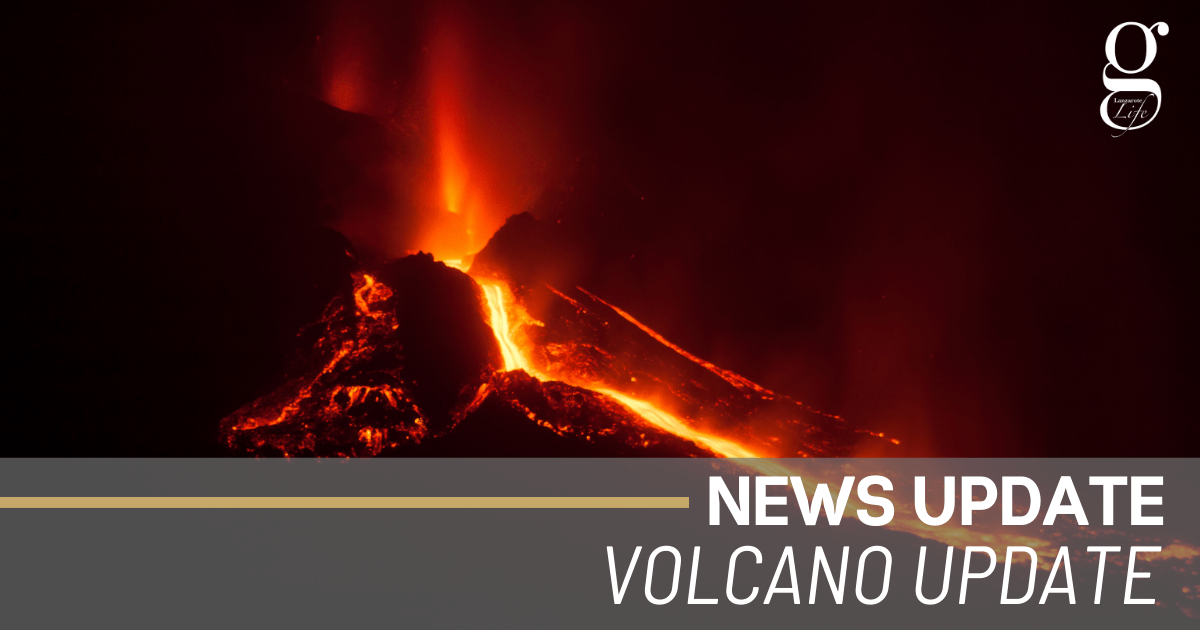 The volcano itself is now spewing material out of five fissures, two of which are emitting lava while the others issue pyroclastic material (ashes) and gases. The cone that is formed by the material thrown up by eruptions has suffered various collapses, causing new lava flows.

Fortunately, these new lava flows are occurring on top of previous lava flows and not causing a serious threat to land or property. Miguel Ángel Morcuende, head of Pevolca,  said yesterday that “Currently, the centre of emission is in a the ideal situation so as not cause further damage,” although he also acknowledged that this could change depending on how the cone forms.

These developments mean that the lava flow that destroyed various buildings in the village of La Laguna has now halted just a few hundred metres  short of the sea, which it has been expected to reach last week.

Earth tremors have increased in frequency and intensity, prompting Pevolca, the Canarian Volcano Emergency service, to advise residents to prepare for earthquakes of magnitudes up to 6, which are classed as “causing light damage to well-designed buildings.”

The amount of sulphur dioxide emitted yesterday was the highest recorded since the eruption started 40 days ago, causing experts to say the volcano was in its most active phase yet.

The recent eruption now dwarfs the volcano of Teneguia, the last land-based eruption on the Canaries which erupted exactly 50 years ago today at 3.30pm in the southern tip of la Palma,  and which continued to be active for 24 days.

Your guide to IRONMAN closures