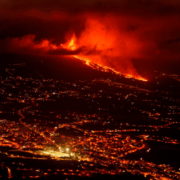 The volcano on Cumbre Vieja in La Palma has entered an explosive phase and continues to emit lava, although experts are still uncertain as to whether the flow will reach the sea. 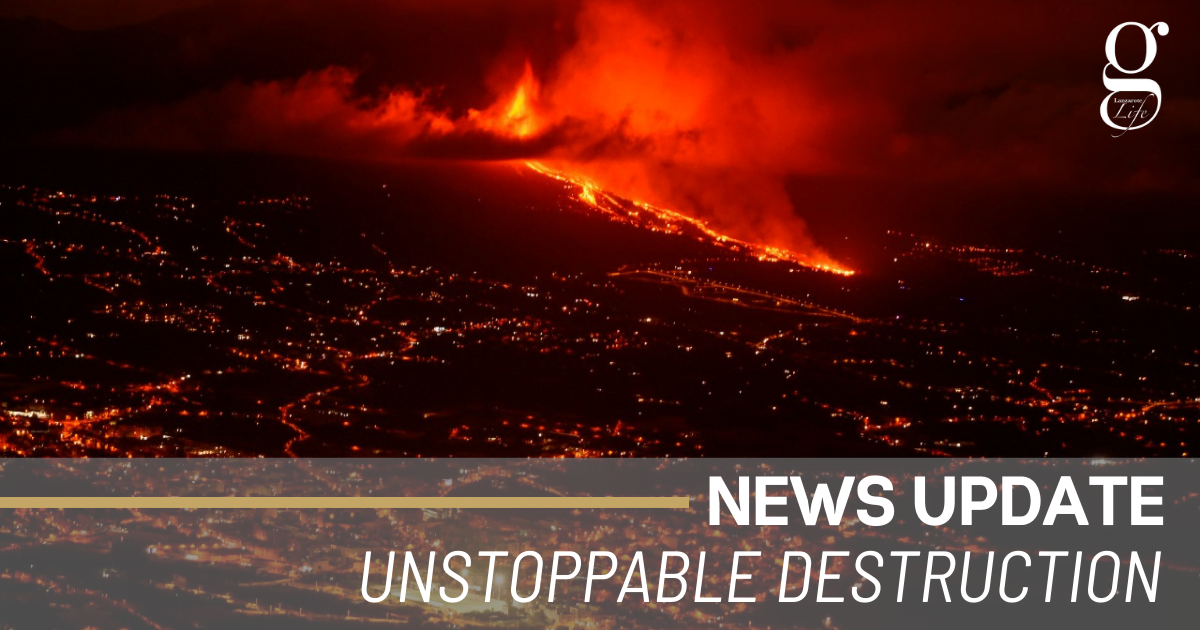 It has originally been predicted that lava flows from the original eruption would reach the sea last night, raising fears of clouds of toxic gas and the possibility of acid rain. However, the lava flow has become more viscous and slowed down, meaning that it may not reach the sea at all.

This process of slowing down has not reduced the destructive power of the lava flow, however. Instead, it increases the height and mass of the flow, which is as tall as a three-storey building in places, and ensures that it obliterates everything in its path. In response to calls to do something to halt or divert the lava flow, Canarian President Ángel Victor Torres simply said that it was “unstoppable.”

The volcano entered an explosive phases last night, roaring and expelling ash into the sky. This indicates that the eruption continues, with experts still no wiser as to when it may end.

Meanwhile, flights in and out of La Palma have been affected by an ash cloud that has been expelled by the volcano. The cloud has finally reached the airport area of the island and climate experts predict that it may extend to Tenerife, El Hierro and La Gomera.

Damage caused by the lava flows was increased yesterday as it reached Todoque, a village of 1,300 inhabitants in the municipality of El Paso. Locals desperately packed their belongings into any vehicles available and fled before the lava flow advanced on the village, crushing any structures in its path.

King Felipe VI of Spain and his wife, Queen Letizia, arrived on La Palma today to offer support to the thousands of island inhabitants who have been evacuated.

Lanzarote traffic cops guide
“There should be no eruptions on Lanzarote”

Level 1 remains, despite rise in cases
Scroll to top