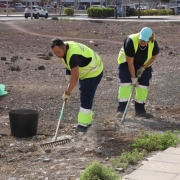 A team of workers hired by the Lanzarote Cabildo, through their PETE employment plan, have removed more than 530 tonnes of illegally dumped rubble and rubbish from neighbourhoods around Arrecife. 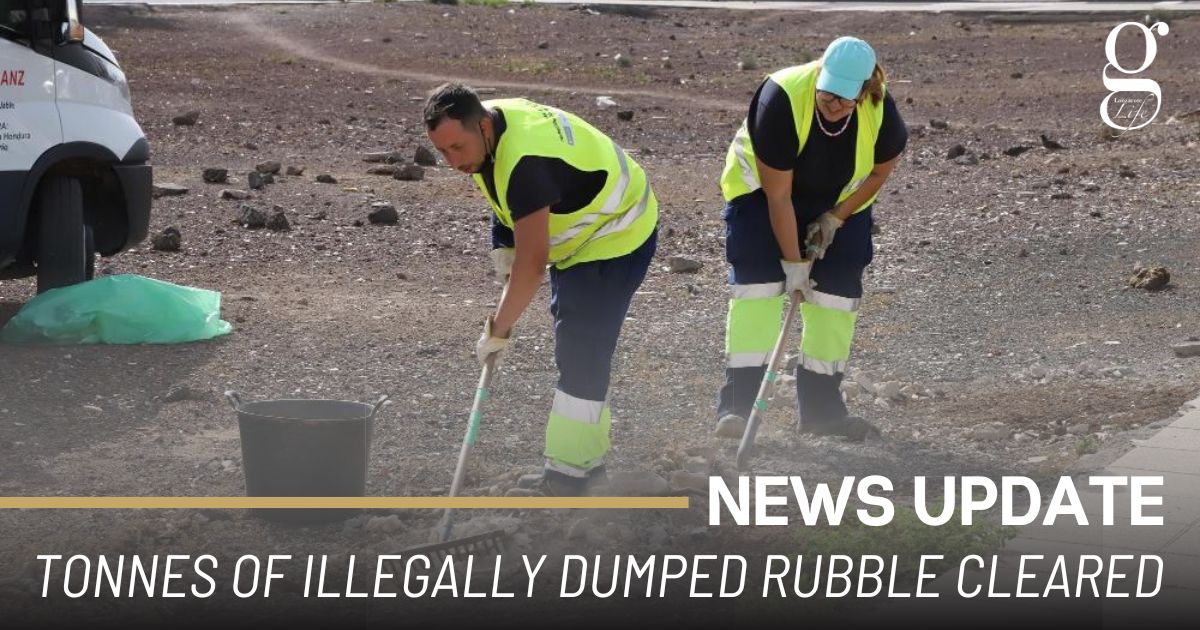 Through the PETE employment plan, 54 people were hired for 8 months to carry out cleaning and maintenance work in various urban and natural spaces of the island. Cabildo Employment Councillor, Jorge Peñas, explained that “the staff are organised into six teams, with different objectives and areas, which were defined by the Cabildo, in collaboration with the islands ayuntamiento’s.”.

“In recent months they have worked on several rural roads in the capital, as well as the neighbourhoods of Argana, Maneje and San Francisco Javier, where they removed more than 530 tonnes of debris and have received the praise from local residents”, Peñas added.

Another team tackled the cleaning of the area surrounding the Zonzamas complex where they collected more than 11 tonnes of plastics.

The third team is responsible for the cleaning of the island’s coastline, collecting “an average of seven bags of rubbish every day”. Additionally, the group also pruned invasive species of plants.

One of the six teams have been working closely with the ayuntamiento’s, dedicating their time to improving urban and rural areas on Lanzarote. “They have improved many areas, from plans to clean up plots of land in Caleta de Famara to the maintenance of the palm tree at the Casa Mayo Guerra in San Bartolomé,” said Peñas.

Finally, a group of workers have been dedicated to the maintenance and upkeep of agricultural plots.

“They have pruned, watered and fertilised up to 800 plants including vines, tuneras and other fruit trees; they have harvested almost 500 kilograms of onions and grains” said Peñas.