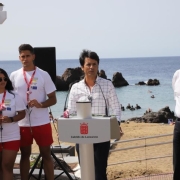 This week the Lanzarote Security and Emergencies Consortium took to Playa Chica in Puerto del Carmen to present their summer campaign “Este verano chapuzón Seguro”, focused on improving safety on the island’s beaches and coasts for the summer. 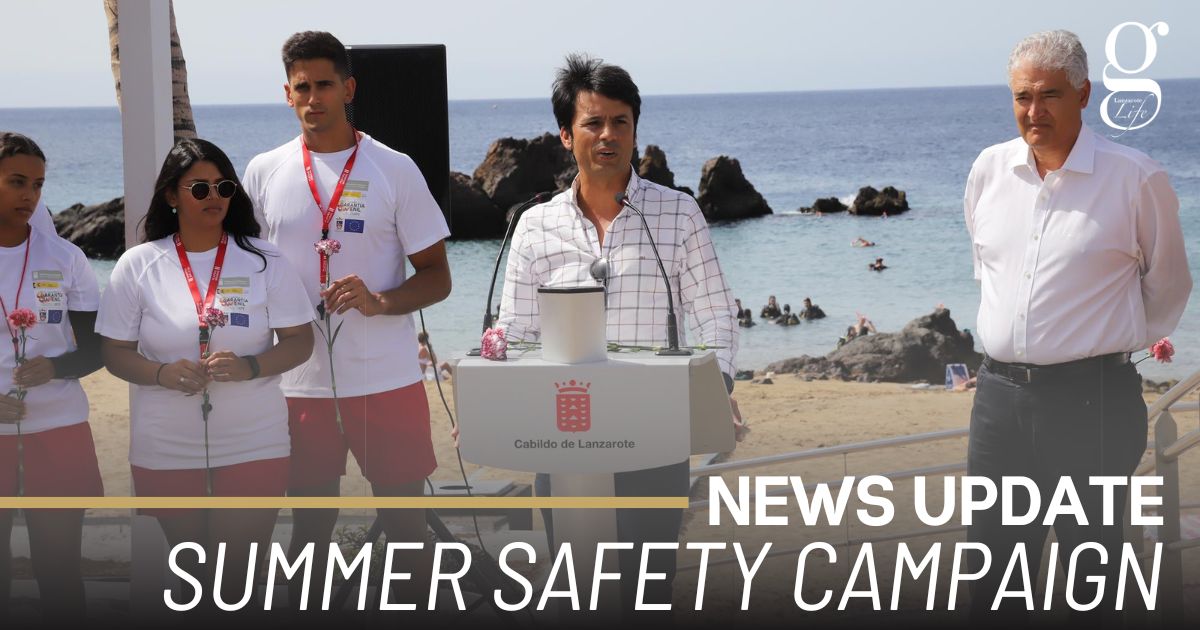 The presentation began with a heartfelt tribute to the 27-year-old who died recently, he was a student of the PFAE life guard school and a resident of Tías. His colleagues and attendees paid an emotional tribute, after observing a minute of silence.

“It should be noted that in 2021 there were 260 deaths throughout Spain with drowning as the cause, of which five took place on Lanzarote, which forces us all to take precautionary and preventative measures”, said Bergaz.

He explained that “the objective of the campaign is to inform the public of the safety measures we can take to avoid accidents in the water and to teach necessary lessons in what to do in the event of an emergency.”.

“The project will be extended to all of the island’s municipalities between the months of July and August.”.