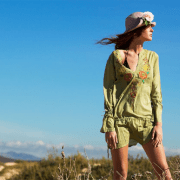 The Canaries are one of the Spanish regions least-affected by COVID 19, and the islands are raring to get back to normality. But how have they escaped so lightly?

La Gomera in the Canary Islands was the first place in Spain to record a case of coronavirus, just one month after the virus was first identified in Wuhan, China. Later in February, Tenerife hit international headlines when it locked down almost 1,000 tourists in the Costa Adeje hotel, after an Italian guest tested positive there.

If anywhere seemed likely to suffer the worst of the virus, it was the Canaries, with millions of tourists arriving from all over Europe every year, and a large amount of inter-island traffic. Yet just over two months later, the islands are the least-affected region in Spain, accounting for just 119 of the 21,000 deaths the nation has officially ascribed to the virus.

On the mainland, hospitals in Madrid and Barcelona came to the verge of collapse, an ice rink was converted to a temporary morgue and horrific discoveries of abandoned bodies were made in old people’s homes. On the Canaries, only Tenerife saw its hospitals come under serious pressure.

So why did the Canaries escape so lightly? The answer is that no one really knows yet, but discovering the answer could provide essential information about how the coronavirus behaves.

Preliminary results of a study carried out by Spain’s Meteorological Agency and the Carlos III Microbiology Centre in Madrid indicate that contagion levels of COVID-19 could be related to temperature. The four warmest regions of Spain: Canaries, the Balearics, Andalusia and Murcia, all have the lowest amounts of cases, while the region with the lowest temperature, La Rioja, has the highest incidence. Nevertheless, there is such wide variance between contagion figures in regions with lower average temperatures that firm conclusions are impossible to reach.

Low lying, heavily populated areas of the Canaries generally have a relatively high humidity level, and this has also been linked with lower contagion rates by scientists. However, some of the most humid regions of Spain are in the north, which has been hit hard by the virus. It appears that, if humidity is a factor, then it probably works alongside others factors such as temperature or air quality.

Other studies from Germany and the USA seem to show a link between air quality and contagion. Supporters of this theory point to how the heavily industrial area of Lombardy in Italy was far harder hit by COVID-19 than more rural areas, and the incidence of cases in large cities such as Madrid also seems to offer support for the theory, which is based on the idea that air pollution lowers the defences of those most vulnerable to the virus.

Nevertheless, while air pollution is generally low on the Canaries, the coronavirus here coincided with the worst calima for many years. Calimas always cause problems for those with respiratory problems, but there appears to have been little noticeable effect on contagion levels. In fact, the calima could have helped the Canaries by keeping people indoors before the lockdown.

Other explanations may lie in the nature of the virus itself. It’s becoming clear that, while flu tends to affect a wide range of people over a period of time, COVID-19 seems to exhibit clusters or bunches of cases rather than an even spread. These clusters appear to have little to do with population density or mobility, and scientists have not yet come up with firm theories as to why they do occur.

Another theory that has not been widely considered is the fact that the Canaries also has one of the youngest populations of any Spanish region, and the coronavirus appears to take its worst toll on older people. Most experts agree that the majority of COVID-19 cases in any country have probably gone undetected, with younger people especially suffering only mild symptoms.

Emergency calls from the wild
SARA Dog of the Month: Dani