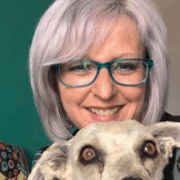 Spain’s health service still restricts Covid-19 tests to sufferers, suspected contacts, health workers and those about to undergo surgery. If you want to find out if you’ve had the virus, you’ll have to go private.

Even before lockdown started, our sales rep Beverley Farley hadn’t been feeling 100% for a while. But a couple of weeks into the lockdown she started feeling really bad, with a fever and a nasty cough. This was the worst time for infections on the island, with the curve of new cases still rising alarmingly.

On March 26th she felt so bad that she contacted the coronavirus helpline set up by the Canarian Government, who sent an ambulance to take her to Tias. She was assessed at Tias then taken to the Dr José Molina Orosa Hospital in Arrecife where blood, ECG and x-ray tests were performed. They told her that she had a suspected case of coronavirus, but she wasn’t tested: at that time PCR tests were scarce and mainly reserved for frontline workers.

Over the following two weeks she was contacted daily by a health worker. “She was very reassuring,” says Bev, “I was very impressed by the level of care that I got.” Later on April 12th Bev was sent to the General Hospital again once more , where she waited in the special tent that had been set up for suspected cases and was given several more tests and told to return in 48hrs for the tests to be repeated, including a PCR test. This came back negative on April 15th, meaning that if Bev had had coronavirus, she had recovered and could not pass the infection to others.

Fast-forward three months, and Bev is back to normal but keen to know whether she ever had the virus. If so, she would have an explanation for her weeks of illness and the possible consolation of immunity. If negative, it would mean that there’d be no excuse to let her guard down. At the Gazette we decided that it would be good to put her mind at rest and booked a private ELISA antibody test.

The result came back a couple of days later, and was negative. Bev has been told that this doesn’t necessarily mean that she never had the disease – her body could have got rid of the antibodies – but it does mean there’s no immunity.

The idea of immunity is no longer as influential as it was at the start of the pandemic. Some studies suggest that immunity may not be acquired at all, and that Covid-1! may be like a common cold, capable of being caught over and over again. The idea of “immunity passports” for travellers and workers who had suffered the virus was often talked about at the start of the pandemic, but is no longer considered seriously.

And Bev is still left with a mystery. What exactly was the illness that laid her low in March as the rest of the island sheltered behind closed doors?

Airport updates
“Projects that create jobs will be vital”