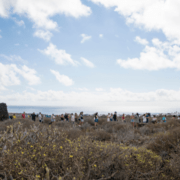 “I’ve never seen it like this before in my life” says an employee at the Cueva de los Verdes as she looks at the queues of tourists snaking back into the car park. All of them are waiting to join one of the guided tours of the spectacular lava tunnel. 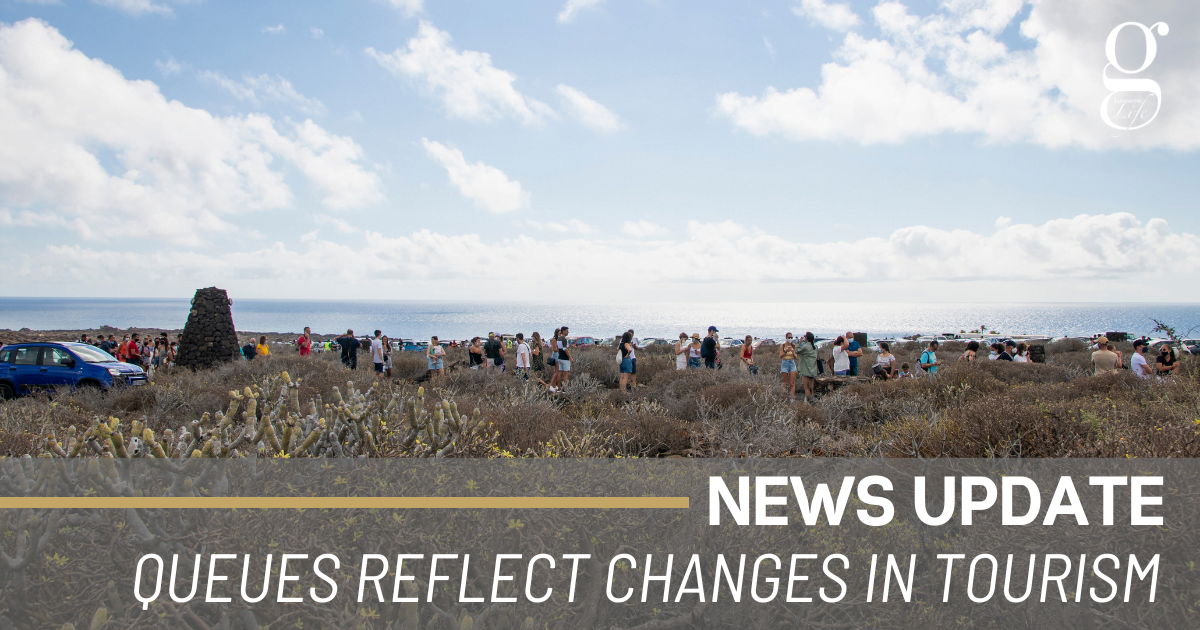 It’s not the only place on the island that’s crowded. There have been long tailbacks on the road outside the Timanfaya visitors centre, and it’s virtually impossible to find parking near many beaches.

Lanzarote’s tourism is recovering, but it still doesn’t have as many tourists as it would usually do at this time of year. So why the queues and crowds?

Anti-Covid restrictions are one reason.  The maximum numbers of tourists on guided tours of the Cueva have been reduced, and maximum capacity rules are also in force at several other destinations on the island.  Fewer people mean longer waits.

But another factor is that it’s not the number of tourists, but the type; and the pandemic has caused a radical change in the nature of tourism this summer.

With travel to other foreign destinations restricted and uncertain, Spanish tourists have flocked to Lanzarote and the Canaries in large numbers, while many Canarians have taken the opportunity to holiday on other islands.

And, while British, Irish and German tourists often spend most of their holidays in the resorts, maybe going on a few organised excursions; Spanish tourists are far more likely to get out and about. With no language barrier, and experience of Spanish customs, they are far less nervous about hiring cars, driving around the island and heading off the beaten track.

The marketing of the island is also a factor. Travel within Spain has been unrestricted for several months and, as a result, Lanzarote’s authorities have focused on the more reliable domestic Spanish market rather than foreign markets where travel rules have often changed. Lanzarote markets itself differently in Spain than in other markets, focusing more on exclusive experiences and food and drink.

In recent years, Italian and French tourism has also increased on the island, and there are many tourists from these countries on the island right now. Once again, they tend to look for something slightly different from the traditional British, German or Dutch tourist, and marketing also reflects that

Whether these changes will last and lead to a permanent shift in the nature of Lanzarote tourism  is another question.