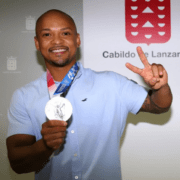 Olympic silver medallist Ray Zapata returned to Lanzarote last week and was given a hero’s welcome by the Gymnastics Club where he started his meteoric career, before an official reception at the Cabildo. 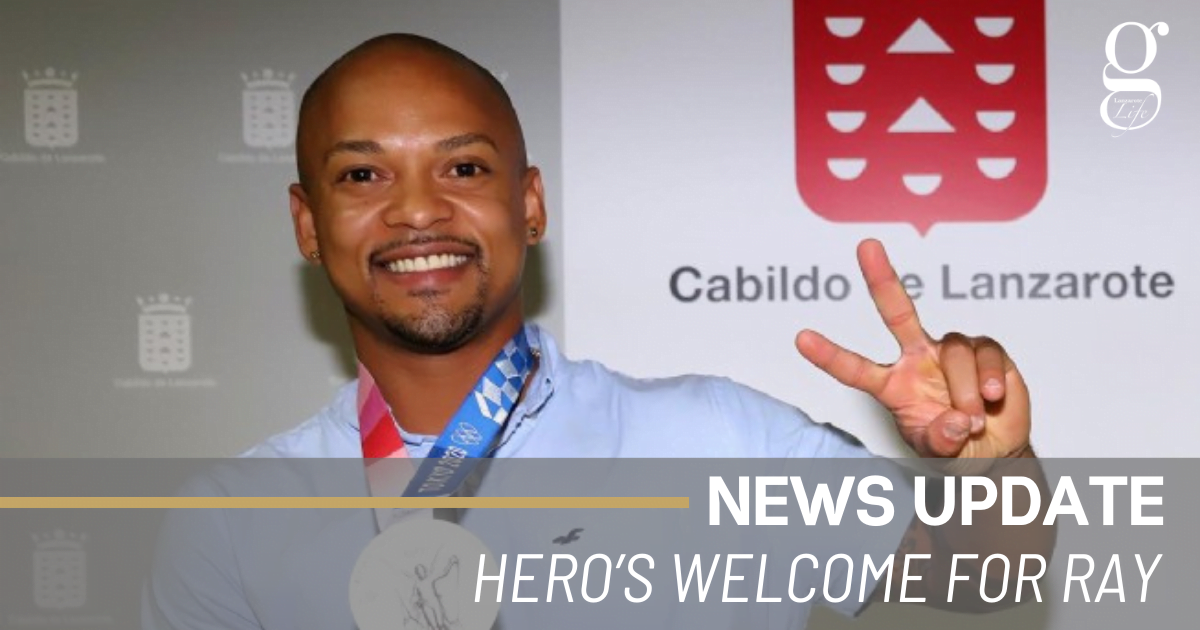 Ray arrived at the airport on Friday, where members of the Gymnastic Club Isla de Lanzarote were waiting for him with flowers and handmade posters saying “We Love You” and “Welcome”. As he emerged from the baggage reclaim at Arrivals with his silver medal around his neck, they formed a circle around him, embracing him and chanting his name.

Ray’s family still live on the island, and he had returned with his wife and daughter for a well-deserved break to

Ray took the Silver Medal in the floor exercise in the Tokyo Olympics on August 1st, with a virtually perfect routine that scored 14,933 points. Israeli gymnast Artem Dolgopyat achieved the same score despite having left the mat during one of his leaps, and took the Gold Medal on the basis of having chosen a more difficult routine.

Later, Cabildo President María Dolores Corujo received Ray at the Cabildo, where she presented him with a commemorative plaque. “We wish to congratulate Ray Zapata for this achievement, which is a reflection of the determination, perseverance and hard work that he has shown during all these years,” said Corujo.

“We’d also like to thank him for promoting the name of his island of Lanzarote with so much affection and feeling over there,” she continued. “With this medal, he will be an example and an inspiration to all boys and girls on the island.”

Zapata said “We’re now working hard to win Gold at Paris 2024, and I’d like to thank Lanzarote for its’ support – not just this summer, but ever since I was little and training at the Polideportívo. This medal is for all of you.”