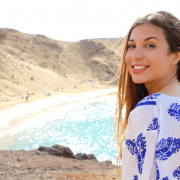 Previous visitors to the Canaries trust the islands as a safe destination, and many of them can’t wait to live here full or part-time, according to a survey commissioned by the Canarian Council of Tourism.

In June, the council  commissioned an ongoing survey of visitors from all nationalities who have visited the islands more than once in the past. Over 30,000 people were contacted in eleven languages. While the survey is still ongoing, the results from June make interesting reading.

92% of those surveyed said they trusted the Canaries as a safe destination, following the measures that have been put into place during the pandemic and the low incidence of cases on the islands. Spanish visitors were most likely to say they’re thinking about returning to the islands this year, with 72% considering a trip. They were followed by Danish (70%), Dutch (69%) and French (68%).

Overall, visitors rated safety protocols against the coronavirus at 7.7 out of 10 in importance, while the issue of tests at origin and destination was also rated as important (7.4/10).  Visitors said that social distancing, mask -wearing and hand sanitiser were the three aspects that influenced their opinion of the safety of a destination.

Tourists also appear to be changing their accommodation preferences, with small but significant  increases in the amount of visitors who said they would prefer to stay in apartments or villas, while hotel accommodation saw a fall from 56.8% to 49.9%.

The survey shows that tourists are willing to change their behaviour in activities such as visiting museums, going on excursions, shopping and nightlife, while they do not think this will be as necessary in restaurants or on the beach.

The survey also reveals that the dream of living on the Canaries remains very much alive, and that changes in lifestyle following the pandemic mean that people think it may be easier.

47.2% of respondents said they thought new trends for “working from home” offered an opportunity to live in the Canaries for part of the year. The dream of retiring on the islands is shared by all age groups, from 16 to over-64. Italians are the keenest to retire to the islands, confirming a trend that has been increasingly evident over recent years.

Smoking? You’re on your own.
Scroll to top