Madrid votes today in an regional election that is likely to mark out Spain’s future. 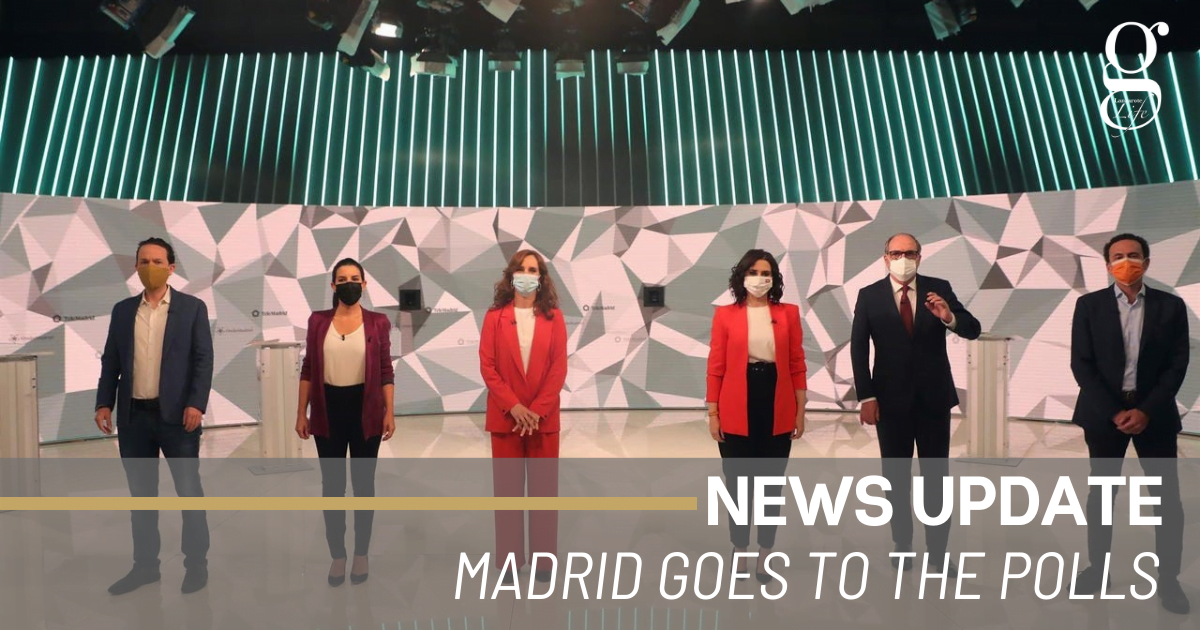 The election was called by Madrid’s regional president, Isabel Diáz Ayuso of the PP, who was worried that her coalition partners, Ciudadanos, were about to launch a vote of no-confidence. In the end, that didn’t occur, but Ayuso went ahead with the election in any case, clearly dissatisfied with her coalition partners and hoping for a majority that would increase her power.

Madrid is currently the largest stronghold of the conservative PP in Spain, and Ayuso’s governance of the capital has already caused serious breaches with central government. She has tended towards a “hands-off” approach to the Covid pandemic, permitting bars and restaurants to remain open and delaying mask laws. One result of this is high support among the hospitality sector; another may be Madrid’s Covid death toll, which is the highest in Spain.

Ayuso faces challenges on the left from the Socialist candidate, Ángel Gabilondo, as well as Pablo Iglesias, the Podemos founder who resigned his post as Spain’s Vice-President to stand in Madrid, and Mónica García, of the left-wing Más Madrid party.

As is so often the case in Spain, it is likely that the balance of power will be held by a coalition, and given Díaz Ayuso’s fall-out with Ciudadanos,  there is a likelihood that she will pact with the far-right Vox party. This is the most likely scenario, according to the latest polls that were published last week, but it is by no means a certainty.

It has been a tumultuous election campaign ,with death threats, disorder in the streets, insults and accusations of fascism and communism, but the results are likely to have a powerful effect on the short-term future of Spanish politics.

Success for Ayuso is likely to signal a shift to the right for the PP, the country’s main opposition party, and may put Pablo Casado’s leadership of the party at risk. A pact with Vox would also bring this party far more into the mainstream than before.

However, defeat for Ayuso would be a crushing blow for the PP, and put Madrid in the hands of the left for the first time in 26 years.

Voting has already commenced, and the turnout so far is reported to be high. Provisional results will be available tonight.

Is Lanzarote ready for Level 1?
Scroll to top