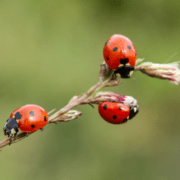 Sightings of ladybirds, moths and locusts are another result of the rains earlier this year. The swarms aren’t as numerous as in previous years, yet, but this looks like being a bumper year for insects and birds. 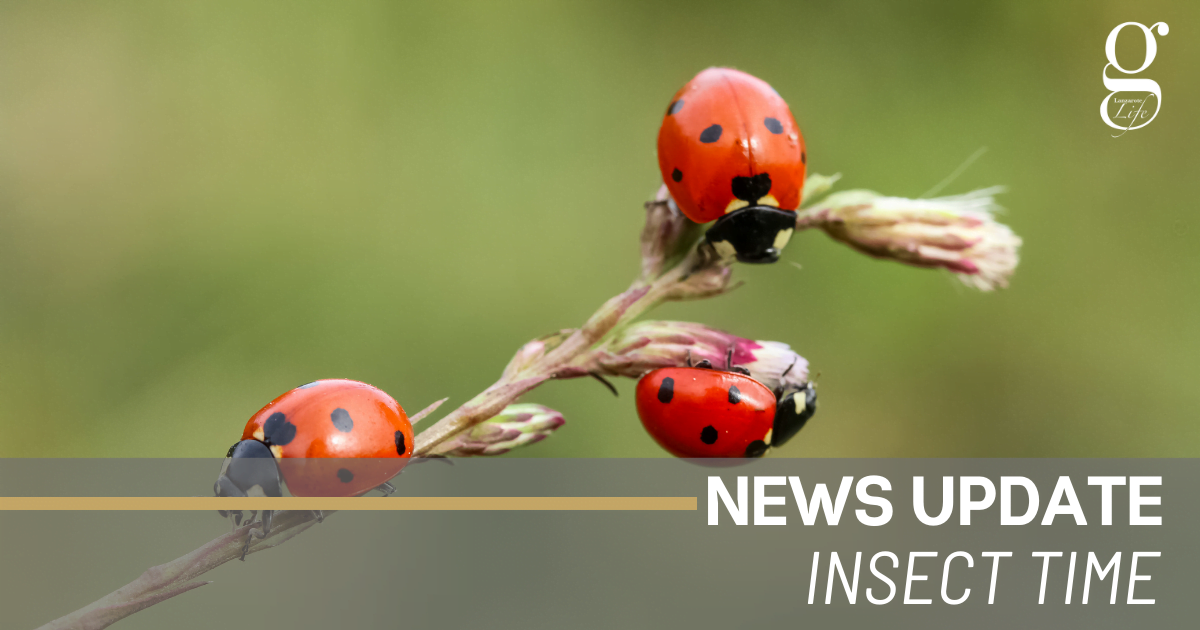 Seven-spotted ladybirds are one of the commonest insects to arrive at this time of year, and they’ve been spotted everywhere this spring, although not as plentiful as they have been in previous years. This time, the insects may actually find something to eat, too – the aphids they live on are likely to be present on the flowers and greenery that still persists.

These insects are strongly attracted to the bright primary colours of flowers, and if you put a bright yellow shirt on and go outside at the right time, you may find yourself the centre of ladybird attention.

The Spanish word for ladybird, mariquita, is, like the English and German names, derived from the Virgin Mary (Our Lady), but the Canaries have their own delightful name, sarantontón, which appears to derive from St. Anthony.

Moths have also been spotted in multitudes after dark, blundering against windows and into car headlights. It seems these are another effect of the early rains, which brought many caterpillars which have now emerged from their cocoons.

Locusts come from mainland Africa, and individual examples have been spotted here and there around the island this year, but they have not arrived in the biblical swarms that can occur on the rare occasions when conditions are right.

November 2004 saw the last large locust invasion on Lanzarote, when hundreds of thousands of large, red locusts landed on the island. Fortunately, they were exhausted and did not attack crops this time, but older locals can remember the impact that locusta had in an earlier invasion in 1954, which caused serious economic harm to the island.

Other notable insects that are often seen on the island include butterflies, with native whites and red admirals often hatching in large numbers, and the occasional appearance of spectacular Monarch butterflies. Although this butterfly is famous for its long migrations between North and South America, the ones you may see here are local. This butterfly is the only American species to colonise the Canaries by natural means.

Lanzarote traffic cops guide
The world is your office