The pandemic has shaken up our attitudes to the world of work, with governments actively instructing citizens to work from home wherever possible. But why stay home? Sara Picazo describes herself as a digital nomad, and is part of a new wave of workers for whom the workplace is a constantly shifting concept. 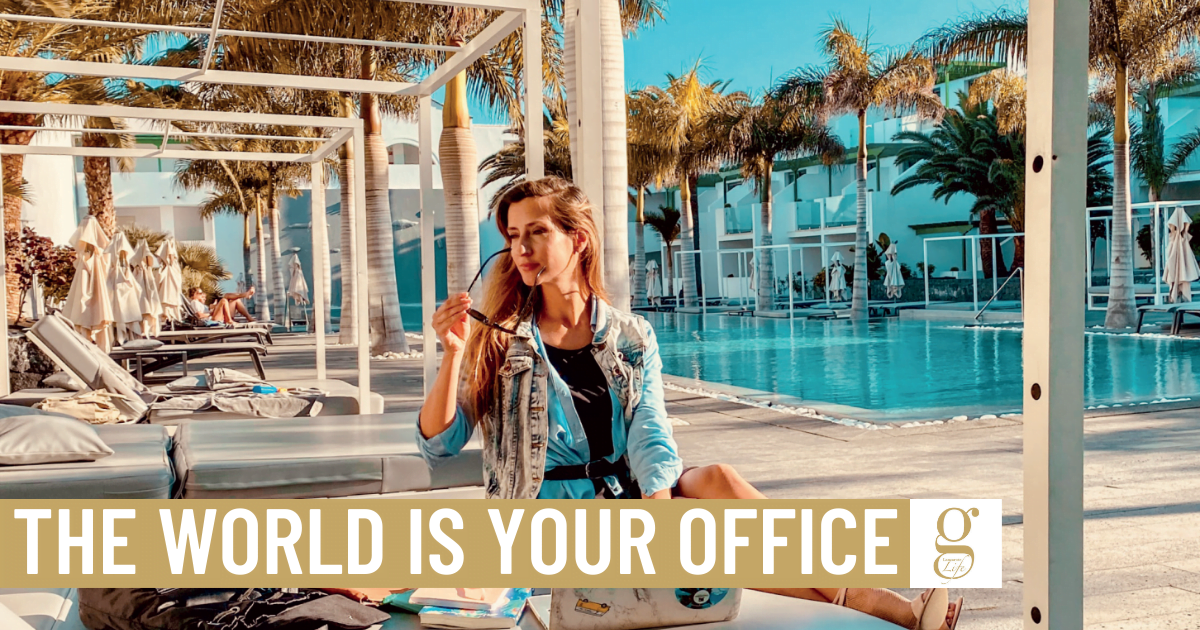 Sara Picazo is a journalist and communication consultant for companies and also a veteran remote worker while traveling the world. Now that she is set up in Lanzarote, we caught up with her to know more about the new age of working and how this island also can take advantage of receiving these online workers.

What is a digital nomad, Sara?

How did you become a nomad?

I had an office job in Madrid, which I enjoyed, but the problem of presenteeism – the feeling that employees must be physically present – is still strong in Spain.

I wanted more freedom, I wanted to travel and I wanted to work in my own time. Since then, I’ve worked in Las Palmas, Panama, Costa Rica, Brazil, California and Miami. I describe myself as a “slow nomad” because I like to stay and get to know places well.

Is Lanzarote suited to this mode of working?

I think so. Las Palmas and Tenerife are already high in the list of ideal nomad locations, which is based on factors such as quality of life, internet access and cost of living. But also, these locations have organised initiatives such as Nomad City, a reference meeting for teleworkers at a European level that is held annually in Las Palmas; Repeople that builds ecosystems for remote workers in Gran Canaria, and Tenerife Work & Play to help online workers that want to get established in Tenerife.

Lanzarote is already positioned for the athletic visitors but now, due to the COVID-19 restrictions and the tourism drop, I think this is a good chance for the island to design a strategy for attracting remote workers as an alternative to activate the economy.

Any drawbacks about remote working?

It’s sometimes hard to switch off – in an office, you know when it’s time to go home, but when you’re on your own time, there’s always something else to do. You need to balance work and life. Also, it’s freelance work, and fluctuates.

They’re high, yes. I think the government should have another look at this and introduce different rules for real freelancers and according to the incomes. Currently, being self-employed is also a way for employers to avoid paying contributions.

It’s something you get used to quickly. Sure, video meetings seem a little colder, and you may miss non-verbal communications, but the advantages are incredible. I’ve been in meetings with clients in Barcelona, Málaga and Honduras in just one day recently.

Virtual circuit of Lanzarote
Let there be light