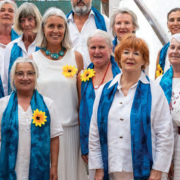 The In Dulce Jubilo Choir originated in a German Church in Puerto del Carmen, but is now an independent choir under the direction of Marianne Whelpdale. We attended one of the choir’s recent rehearsals and chatted to Marianne. 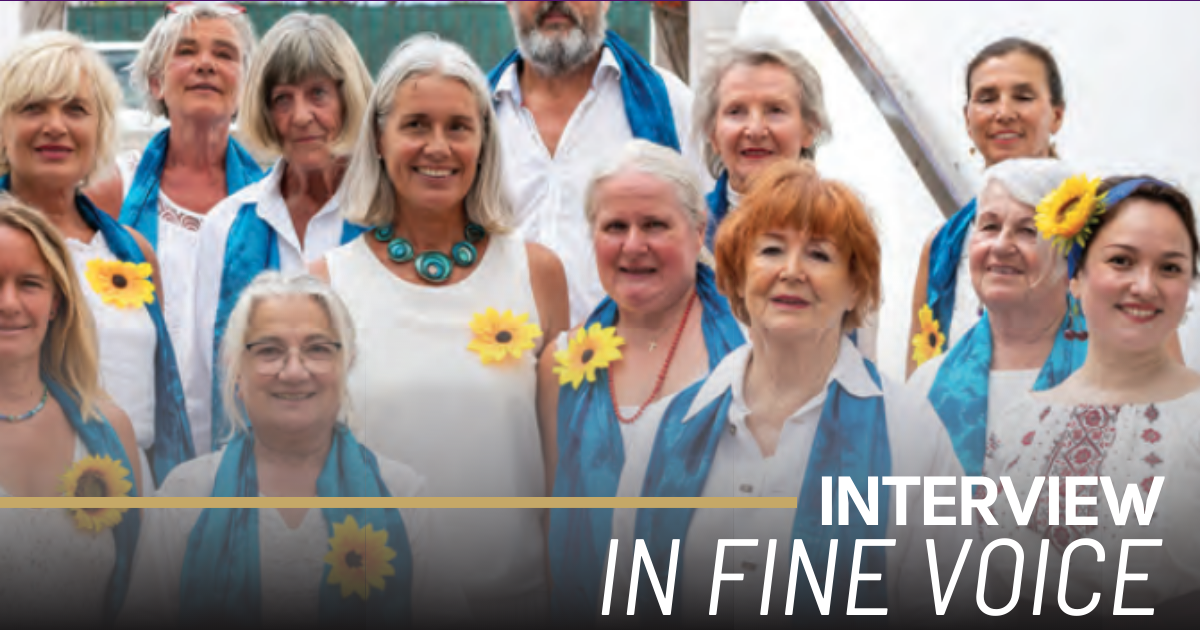 How did you get involved in the choir, Marianne?

I’d been a member of other choirs on the island, but I’d never directed one before, so when I was invited to take over here I jumped at the chance. We perform pieces that I describe as classical in the broad sense,

How many members does the choir have?

Currently between 15 and 20 – there are often people off-island. Our members are from all over: German, Polish, Swiss, British, Spanish, Austrian and Ukrainian.

Are you a strict director?

I’m demanding, I suppose. A choir is more of a dictatorship than a democracy, but I like to think I order them around in a loving way, with respect and humour as well as discipline.

It’s a lot of work for you.

I have to plan a long time in advance – I’m already half-thinking about Christmas now, for example. And I have to prepare material for members who may not read music. During performances, I’m usually playing piano, so I can’t conduct and have to give directions with my head and facial expressions. But it’s also really satisfying, like playing a new instrument.

Where does the choir perform?

We still sing at the church on special occasions such as Easter; we take part in the Encuentros (gatherings) of choirs on the island, and we sometimes perform on other islands. We’re off to Maspalomas in Gran Canaria shortly, for example.

Are you seeking more members?

Absolutely, everybody is welcome, and we’re especially looking for male singers – it’s hard to find bass and baritone singers. We’re also happy to consider any proposals for performances that people may have in mind.

Many choirs faced real problems during the lockdown. How did you manage?

Well obviously there were no rehearsals during the lockdown – there’s no way I’d do this over Zoom. Afterwards, there were limits on indoor gatherings, so we rehearsed outdoors in the open air. The rehearsals were a lifeline for many of us, I think.

At your convenience
Scroll to top