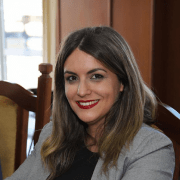 Lanzarote islanders are most worried about housing, unemployment and health, according to the results of  a new survey of public attitudes issued by the Cabildo’s statistics departments, which was presented by Education and Citizen’s Participation councillor Paula Corujo yesterday.

The Survey of Island Topics has been carried out every year or two since 1990 (although the last one was conducted three years ago), and is intended to provide a representative snapshot of social concerns and opinions on the island.

In response to the question “which problem on the island needs a solution most urgently?” , the highest scoring answers were unemployment (21%), housing (20%) and health (17%). The environment only scored 4% on this part of the survey.

It should be pointed out that this year’s survey took place before the coronavirus crisis, and it is almost certain that concerns about issues such as unemployment, health and tourism will have increased since then.

A huge 76% of respondents said that workers’ rights were little-respected or not respected on Lanzarote, while only 21% thought they were well respected. Agriculture and bars/restaurants were chosen as the sectors that least respected workers’ right.

While only 3% of respondents mentioned corruption as a problem spontaneously, 74% agreed that it was “very widespread” or “fairly widespread” on the island , with only 1% denying that it existed.

The survey is based on 617 interviews carried out between mid-January and February this year. on subjects over the age of 18 resident on Lanzarote