A large Covid outbreak stemming from a gym in Arrecife has caused a spike in active cases on Lanzarote, although the island still remains well within Level 2 status. 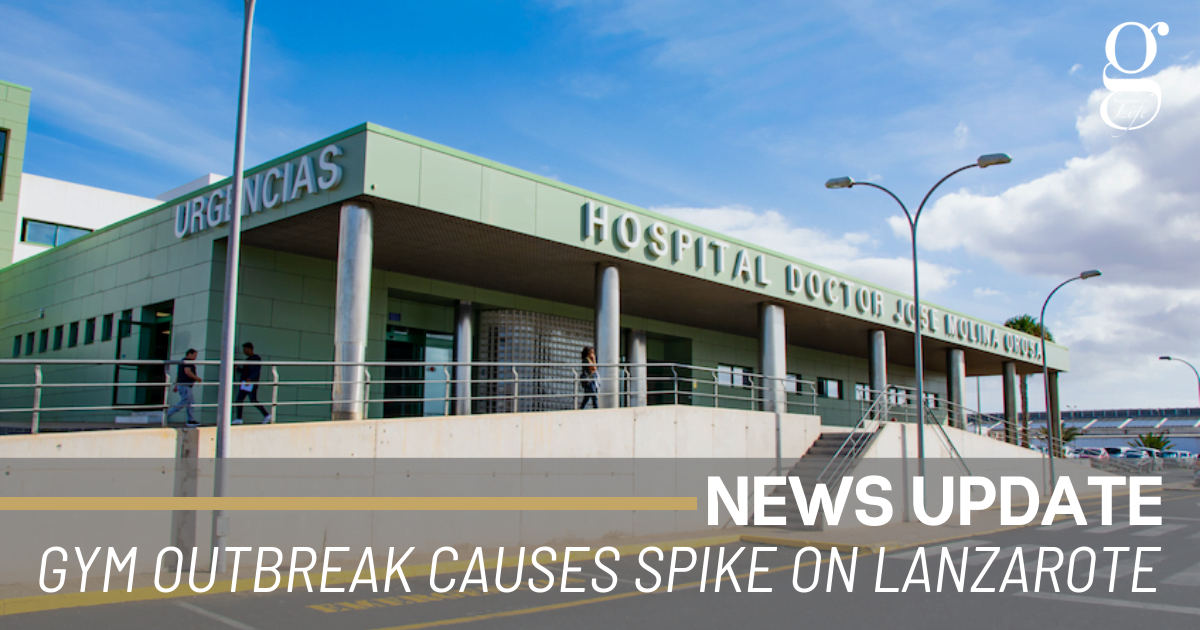 The outbreak involves 40 people so far: 22 from the gym itself and 18 family members of those cases. Another three cases were being studied yesterday, and the Canarian Health Service has not ruled out the screening of gym members.

The gym has not been named by the authorities. This is probably a result of the tracing team’s policy of not releasing information about individuals or collectives. The rationale is that doing so would make future outbreaks more difficult to trace, as people would be unwilling to give information about close contacts.

Without the gym-related cases, Lanzarote would have registered around 50 cases in the last week, an average of just over 7 a day.

The gym cluster has so far not resulted in any increase in hospital admissions, and it is assumed that most of the sufferers will be quarantined at home for the mandatory period.

In the Canaries as a whole, cases continue to fall steadily. 100 new cases were registered on all the islands yesterday, a cause of hope considering that daily totals were frequently in the 200s just a month ago. Gran Canaria and Fuerteventura’s progress Has been particularly encouraging, and Tenerife is also improving, although at the slower rate we’ve come to associate with this island throughout the pandemic.

On Monday, the Canaries will also introduce a raft of new laws relating to Covid offences. These range from light offences , such as not wearing a mask, to serious offences such as forcing an employee with symptoms to attend work.

Emergency calls from the wild
Canaries on amber