The Canarian Supreme Court (TSJC) has rejected the Canarian Government’s application to maintain the curfew measures that have been in operation during the State of Alarm, and has also ruled that limiting travel between the islands at Levels 3 and 4 is legal. 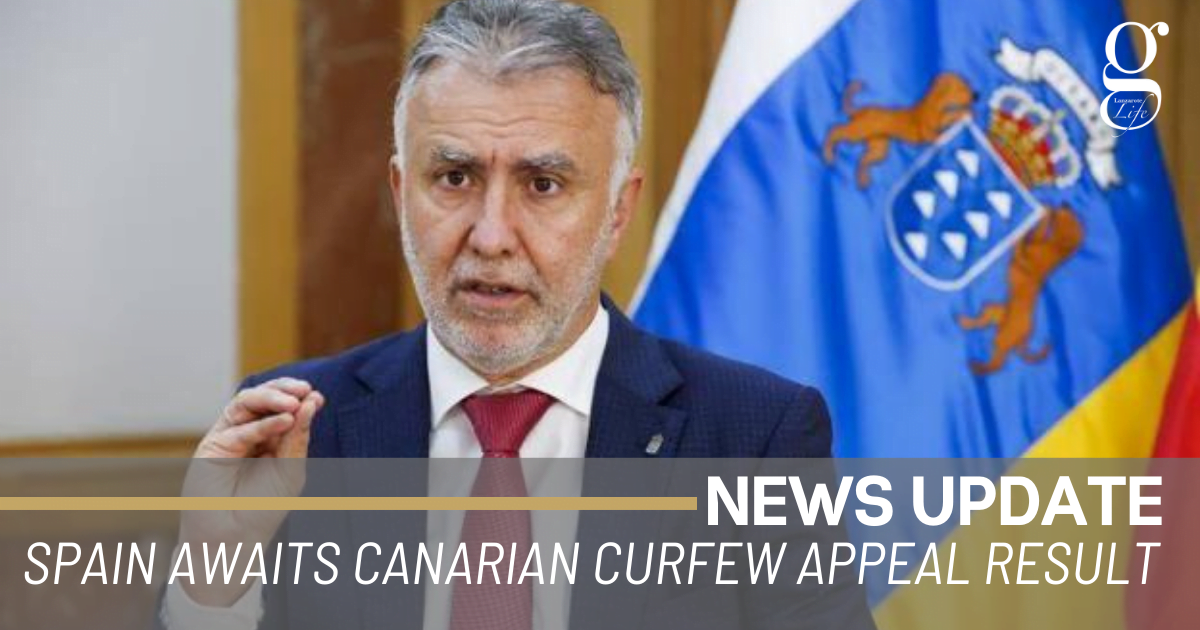 However, the curfew measures will remain in place until the judgment goes to appeal at the Spanish Supreme Court.

The measures were submitted to the TSJC by the Canarian Government as the State of Alarm came to an end last night, and regional governments technically do not have the power to rule on issues of fundamental human rights. As a result, these rights were at the heart of the court’s judgement. rule

The court ruled that the curfew constituted “a real lockdown dictated by the time of day” and said that “If the intention is to prevent certain behaviours that may suppose a greater risk to public health because it is considered that, because of social custom, they usually take place at night; the public authorities have other, less harmful legal instruments”.

The court also ruled that the restriction on travel between islands at Level 3 and 4 (which no islands are currently at) was discriminatory, as stricter controls were required on travel from overseas to the Canaries than are demanded on travel within the islands themselves.

The court also pointed out that the discriminatory nature of the Canarian law saying that anyone travelling to registered tourist accommodation must submit to a Covid test, but that if someone travels instead to stay at a friend’s house “it would not be possible to demand a test.”

Nevertheless, the Canarian post-State of Alarm measures, which were made law on Friday, are likely to still apply until a final decision is given by the Supreme Court in Spain. The Canarian Government has stated “We hope that the Supreme Court adopts the same line that it has done in relation to other regions. In some of these areas, it has ratified measures similar to the Canarian curfew.”

The Canaries is the first of the regions to lodge an appeal with the Supreme Court, but it will not be the only one, as this legal method is the only way that regions can prolong certain measures after the expiry of the State of Alarm.

The Supreme Court’s decision is likely to be final, and will apply to all regions. For example, the Balearic and Valencian Supreme Courts have approved their local government’s curfew, but may also be overruled by the Spanish Supreme Court’s judgement.  The Basque Supreme Court has, like the Canarian one, rejected the curfew, while other regions such as Castilla y Léon are waiting to see the result of the appeals before requesting a curfew extension.  Meanwhile, Catalonia and Madrid have simply decided to lift border restrictions and abandon their curfew measures.

No date has yet been set for the Supreme Court’s hearing, but it is likely to take place early this week.

DON’T FORGET! We’re giving away 2 tickets to Galaxia 6D Cinema in Biosfera on our Facebook page at 12:30pm today! Make sure to check back on our page to enter yourself and a friend into the competition.

Looking after Yaiza
Scroll to top