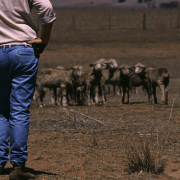 The Canarian president has acknowledged the current drought on the Canary Islands, and pledged to take action to help farmers, including asking the national government for assistance.

Ángel Víctor Torres said that “climate change also affects our islands” and said that, although none of the seven Canarian Cabildos had spoken of any risk to citizens, it was clear that farmers were having problems on the islands.

2019 was one of the years with least rainfall in this century, and 2020 hasn’t brought much more.

Clipboard scammers are back
Scroll to top